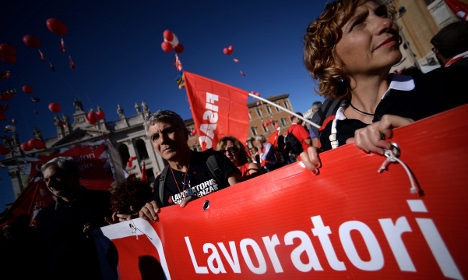 But the good news is that even though the rate was up slightly, it’s 0.9 percent lower than in the same month in 2014.

Meanwhile, December saw another fall in youth unemployment, where the rate dropped to a still very high 37.9 percent of 15 to 24-year-olds being out of a job – the lowest in three years.

Across the eurozone, unemployment fell to 10.4 percent in December from 10.5 percent in November, according to data from Eurostat.