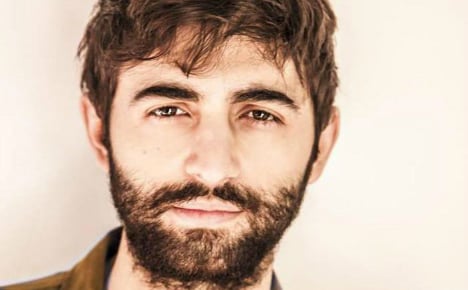 Four people are being investigated after an actor was hanged during a live show. Photo: Facebook

Schumacher, who had been in a coma since Saturday night, was re-enacting a hanging scene from a fig tree during the performance at the Lux theatre in front of one spectator.

The recent medical school graduate soon realized something had gone horribly wrong when his body began twitching in the noose at the end of the scene.

Two theatre directors and two stage technicians are now being investigated by police, who are also looking into the theatre's safety procedures as they try to establish how the aspiring actor, originally from Varese in Lombardy, ended up being hanged.

The scene was part of an experimental theatre show called 'Miraggi' (mirages), which was taking place in different locations around the theatre building.

In the courtyard scene, a masked Schumacher was supposed to deliver an existential monologue before committing suicide using a fake noose. A harness was meant to support his body as the scene reached its dramatic and tragic conclusion.

Schumacher's condition deteriorated and he was pronounced clinically dead by doctors late on Thursday.

A manslaughter probe may have been launched but the death has baffled investigators, who have been unable to determine whether it was a premeditated murder, tragic accident or attempted suicide.

Schumacher's family and friends immediately ruled out suicide, with his mother telling Italian media that “he left no messages and had no reason to kill himself.”

But Lux theatre director, Gabriele De Luca, alleged that Schumacher had altered the scene at the last minute.

De Luca claims the suicide scene should have been performed with a fake pistol and not the noose.