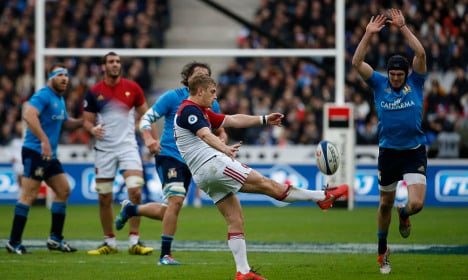 Italy led for almost the entire second half at the Stade de France and New Zealand-born fly-half Kelly Haimona's penalty six minutes from time looked to be sending them to a first away win in France in the competition.

But Plisson had the last word in a curious match full of ambitious running rugby and a comical first half of hopeless kicking off the tee.

Fiji-born wing Virimi Vakatawa scored a try on his France debut as Damien Chouly and Hugo Bonneval also crossed for the hosts.

Talk before the match — the first at the Stade de France since the Paris terror attacks last November in which the stadium was targeted by suicide bombers —  had been of a new era under Guy Noves for France, who certainly played like a side determined to put behind them the dismal Philippe Saint-Andre era.

Italy actually had the more positive start as both sides fielded four debutants and Canna knocked over a drop-goal on eight minutes to take the lead.

But No.8 Louis Picamoles was involved twice on 14 minutes before Maxime Medard fed Vakatawa to cut inside his tackler and score in the corner.

Sebastien Bezy missed the conversion to add to an earlier missed penalty in what would become a feature of the first half — all five place kicks attempted by the two sides were missed.

Picamoles was injured in the build-up to the try and had to be replaced, giving Yacouba Camara his debut.

Already, though, France had shown greater ambition and creativity, running from deep, throwing miss-passes, faints and even passes between the legs.

Italy got in on the act and opted to kick to the corner instead of taking a shot at goal from the tee.

They won their line-out and Parisse popped up at the back of an unstoppable driving maul to plunge over the line.
Canna missed the extras and would later also miss a kickable penalty.

But the hapless place-kicking was in stark contrast to some thrilling, running rugby.

Italy knocked on and turned over the ball in France's 22 but rather than take the scrum, the hosts launched a daring raid.

They were rewarded for such innovation on 33 minutes as a quickly-taken penalty from right in front of the posts by Gael Fickou resulted in Chouly scoring France's second try.

Bezy missed the extras but given how he was kicking on his debut, running the penalty seemed the more prudent option.

Italy could have gone into the break in front instead of trailing 10-8 but with the last action of the half, Michele Campagnaro's arm turned out to be an inch too short as he stretched to ground the ball after a brilliant break took him up to the tryline.

Four minutes into the second half, and at the sixth time of asking, a place kick was finally landed as Canna's penalty gave Italy the lead 11-10.

And the Azzurri attacked at pace right from the restart, with Parisse being held up inches short of the line after two flowing attacks down the right hand side, although scrum-half Edoardo Gori popped up the ball for Canna to crash over.

Both sides were relentless in their desire to run the ball and France got their third try on the hour mark as Bonneval finished off a move from right to left, as Plisson took over kicking duties and finally sent one between the uprights.

Plisson added a penalty 11 minutes from time and France were back in front 20-18.

In a topsy-turvy finish, Haimona's penalty on 74 minutes gave the visitors a lead that lasted less than two minutes before Plisson kicked his second penalty.

Italy could still have won it but Parisse's woeful drop-goal attempt beyond the final whistle sailed well wide and France had held on. 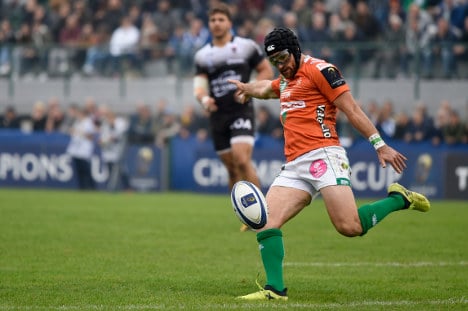 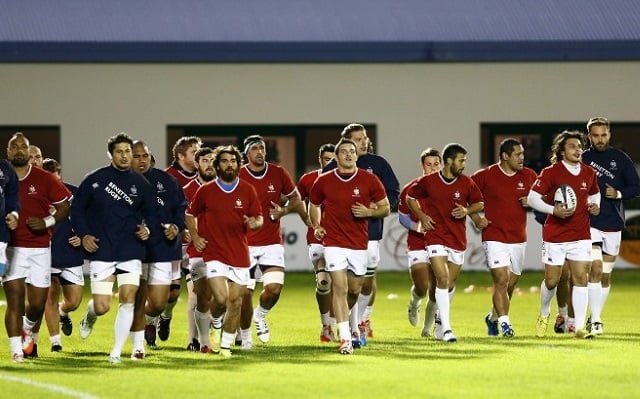 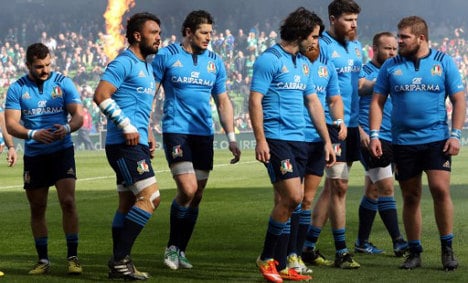