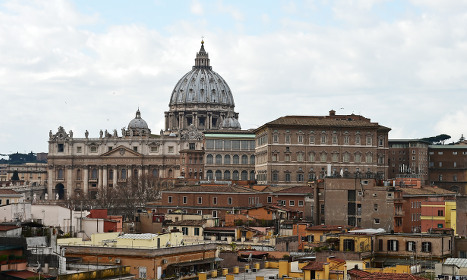 “It was decided” that Peter Saunders would take a leave of absence, the Vatican said.

Saunders, head of Britain's National Association for People Abused in Childhood, and Irish member Marie Collins are the only members of the 17-strong commission to have been abused by priests as children.

He did not hesitate during the team's previous meeting to raise his voice against Australian cardinal George Pell, head of the Vatican's Secretariat for the Economy, whom another child abuse victim has accused of refusing to take their complaint seriously.

He has also spoken out against the nomination of Chilean bishop Juan de La Cruz Barros, suspected of having protected a priest accused of child abuse.

Before the latest meeting of the Vatican's committee got under way on Thursday, Saunders spoke to the Los Angeles Times about his frustrations.

“People in Chile now see the commission as a laughing stock, and I cannot pretend the commission means anything unless he (Pope Francis) sacks Barros,” he said.

“I was told that Rome was not built in a day, but the problem is that it takes seconds to rape a child.”

David Clohessy, US director of the Survivors Network of those Abused by Priests (SNAP), said: “We share Pete Saunders' justifiable frustration with Vatican officials.

“They refuse to take quick, simple, common sense steps to protect kids and deter cover ups by punishing clerics who conceal abuse… No new protocols or policies or procedures will radically undo a centuries-old self-serving structure that rewards clerics who keep a tight lid on child sex crimes and cover-ups.”