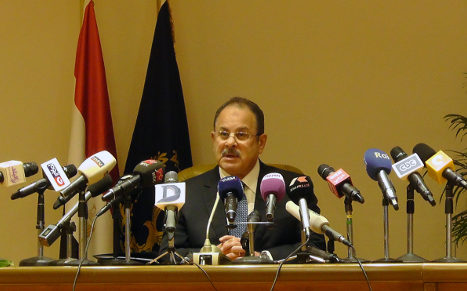 “This did not happen,” Magdy Abdel Ghaffar said at a press conference when a reporter asked if Regeni, a Cambridge University PhD student, had been arrested by the police.

“It is completely unacceptable that such accusations be directed” at the interior ministry, he said.

The ministry has been accused by critics in Egypt of using excessive force, and several policemen are being tried for torture-related deaths.

The ministry says these are isolated cases.

Regeni disappeared on January 25th and was found dead on February 3rd in a ditch in a Cairo suburb.

An Italian autopsy after his remains were repatriated at the weekend concluded that he was killed by a violent blow to the base of the skull having already suffered multiple fractures all over his body.

Rights activists and several opposition groups say Regeni, who was doing research on Egyptian trade union movements, had been arrested by the police and tortured.

The diplomatic community and the Italian media have also raised the possibility of torture.

Abdel Ghaffar said Regeni had not been arrested, and his death was “certainly a criminal act”.

He said no suspects have yet been arrested.

“We are still in the phase of information gathering. This matter needs some time,” he said.

President Abdel Fattah al-Sisi has himself urged security forces to restrain themselves after several cases of custodial deaths emerged in recent months.

Regeni went missing in central Cairo while on the way to meet a friend on January 25th, the fifth anniversary of the start of the uprising against longtime autocrat Hosni Mubarak.

On the anniversary Cairo was quiet, with police deployed across the capital to prevent any demonstrations.