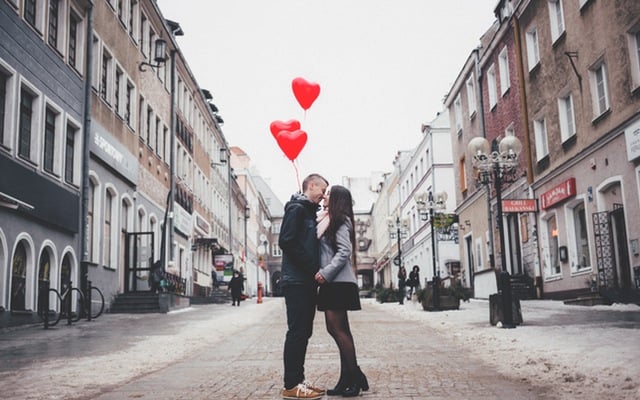 Dating Italians is a great window on a wonderful culture and can really help you get a handle on life in Italy if you're living here, and of course there's the chance it could lead to love.

But there are some pretty stubborn myths about dating in Italy that have been perpetuated across the blogosphere, which don't always ring true. Here are five of the most common ones, busted. This tired old cliché is simply boring. Yes, Italian food is fantastic but it's more to do with the huge spectrum of fresh, artisanal produce that is still widely available rather than the inherent skill of Italians as chefs.

As in most countries, Italy's best cooks tend to be older women who learned how to make delicious meals on a tight budget while raising a family. Not the kind of people who generally play the dating game.

Not that it matters of course. Practically all Italians can rustle up a couple of simple and delicious dishes like spaghetti olio, aglio e peperoncino, or alla carbonara, which when washed down with a nice bottle of Nebbiolo makes for an almost perfect date!

The men are cheating mamma's boys whose first passion is football This is just offensive. Firstly, the cheating thing doesn't appear to be true at all. Men from all over the world cheat – in fact, studies have shown that British men are more likely to cheat than Italian men. Perhaps Italians are just more likely to be open about the level of commitment they're looking for.

The accusations of 'mummy's boys' come up a lot – Italian even has a word, 'mammone' to describe this type of man – but it's not like Italian men actively invite their mums to interfere with their lives. However, for socio-economic reasons outlined here, young Italians often stay at home until their 30s, so their parents may be more involved in their lives than foreigners are used to.

When many of them do move out, they still live close enough for a visit from the dreaded mamma.

See More: 'Five reasons to date an Italian (and five not to)'

The football thing is nonsense too. Italian football fans are generally passionate, colourful and vocal – which has perhaps led to the misconception that the nation is 'football mad', but on the whole, Italian men follow football less than many other nationalities.

A 2012 study showed that just 42 percent of all Italians watch football at all, with 10.3 percent declaring only a mild interest. Compared with the estimated 67 percent of Americans who watch the NFL, the description of Italians as “football mad” seems a little out of place…

The women have fiery tempers Italians have a reputation for wild tempers because they often shout, gesticulate and aren't afraid to disagree with you.

Most of the time it's not a furious argument but a good-natured discussion, during which no plates are thrown and nobody gets upset. This is much healthier than passive-aggression and you'll usually know when you've done something to upset or affend your Italian partner, meaning you have a chance to sort things out.

Their mum will do your laundry

Perhaps you're thinking that a possible perk of dating an Italian is that their mum will do your laundry?

It's always a possibility if you're lucky…but certainly not guaranteed.

Firstly, it depends if you and your partner are officially an item or 'fidanzati', which is much more serious than casual dating. Even then, it really depends on how much their mum likes you. If they're still working and have lots of other things to do, it's unlikely they are going to volunteer to wash your delicates, isn't it?

You will definitely learn Italian Conventional wisdom holds this to be true but alas, loving someone who speaks a different language has absolutely zero impact on your ability to learn it. It all depends on the dynamic of the relationship.

If you and your partner already have a language in common it's much less likely you will end up fluent in Italian over the course of the relationship.

Sure, you might get lots of input and opportunities for practice – but without constant correction it's very difficult to improve. Your boyfriend or girlfriend will either over-correct you and destroy your self belief or 'go soft' on you – allowing you to let the subjunctive slide and get inventive with gender.

Have you tried dating in Italy? Let us know what you found confusing or surprising in the comments below or via email to [email protected]