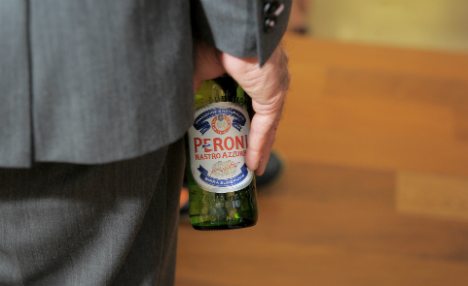 Board members finalized the 400 billion yen proposal on Tuesday for Peroni of Italy and the Netherlands' Grolsch, the leading Nikkei business daily said, without citing sources.

The company refused to confirm the report but said in a statement it was “studying a variety of possibilities for a capital and business tie-up, including this case”. Nothing has been finalized, it added.

Acquiring the brands, which have a long history in Asia-Pacific, would allow Asahi to broaden its overseas strategy, the report said. Overseas sales only account for about 10 percent of Asahi's total sales.

Anheuser-Busch InBev, the world's top brewer, is taking over rival SABMiller, and Peroni and Grolsch have been put on the market as part of an asset sale arrangement, the Nikkei said.

If successful, the deal would be the biggest since Kirin Holdings turned Australia's Lion Nathan into a wholly owned subsidiary for 330 billion yen in 2009, the Nikkei said.

Anheuser-Busch InBev announced in November the purchase of SABMiller for €107 billion, which was the third largest acquisition in history.