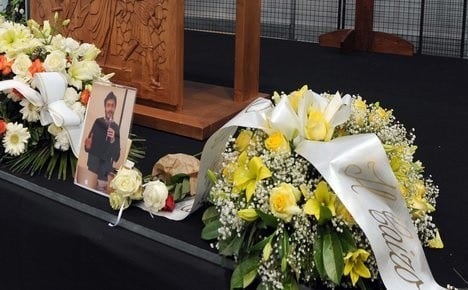 Giulio Regeni was buried last Friday. His family has denied he was a spy. Diego Petrussi/AFP

The denial came after reports in the Italian media speculated that the 28-year-old had collaborated with a London intelligence agency, Oxford Analytica.

The doctoral student had a contract with the agency between 2013 and 2014, La Repubblica reported. The company has declined to comment.

The media has also suggested that he worked for AISE, an Italian spy agency.

Regeni went missing in Cairo on January 25th and his body was found in early February in a ditch in the outskirts of the Egyptian capital.

The corpse showed signs of torture, but Egyptian authorities have dismissed accusations that security forces were behind the murder.

Speaking via their lawyer, Regeni’s family denied he was an agent or collaborator for any secret service, either Italian or foreign.

Quoted by Ansa, they said that to try to push such a theory “offended the memory of a young university student who made field research a legitimate ambition of study and life”.

Many Italians believe he was abducted and killed by elements of the Egyptian security services.

Thousands of university lecturers and researchers have also signed a letter accusing Egypt of using torture against its own citizens and demanding an independent probe into Regeni’s death.