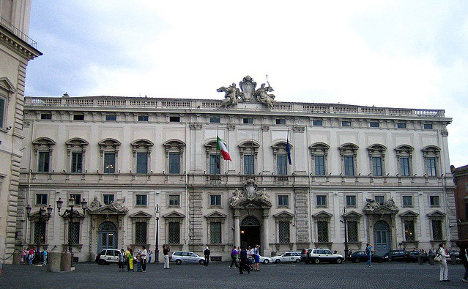 Italy's Constitutional Court refused on Wednesday to recognize the adoption of a child already adopted by her lesbian mother's partner in the US. Photo: Anthony Majanlahti

The court's decision had been eagerly awaited by those who hoped it would set a precedent for the recognition of adoption cases legally sanctioned abroad, and boost the argument for stepchild adoptions in Italy.

Prime Minister Matteo Renzi is bowing to Catholic pressure to remove stepchild adoption rights from the civil unions bill to ease its passage through parliament – to the fury of gay rights groups.

Renzi has called for a vote of confidence on the draft law, expected later this week and without the stepchild clause.

The request to legally recognize the child's US adoption was brought in 2013 by two American women who married in the United States and have been living in Bologna for years.

One of the women, who has duel American-Italian nationality, wanted her adoption of her wife's biological son to be recognized here.

A court in Bologna appealed to the Constitutional Court for guidance, but the high court threw out the request on the grounds of a technicality, saying there had been a procedural mistake made by the Bologna court.

The ruling is not expected to have a knock-on effect on other cases of this nature.