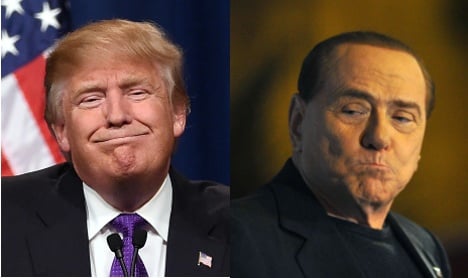 A tanned billionaire who isn't afraid to sing his own praises, promising to make the country great again…sound familiar?

Donald Trump, the current front-runner in the race to become the Republican's presidential candidate in the US elections, is basically an American version of Silvio Berlusconi.

Trump has described Berlusconi as a “nice man” and political commentators have spotted similarities between the pair, both in terms of their background and some of their political leanings.

Michael Day, the author of Being Berlusconi, told The Local that the similarities between the two moguls are obvious.

“The vulgarity, the megalomania, the implausible 'hair' styles and of course, the cash. Lots of it,” he said.

But, he said that politically, they now seem to be heading in the opposite direction.

“Berlusconi, the communist-bashing, tax-dodging conservative, is, even as his political power fades, surprising us with liberal tendencies in calling for gay equality and animal welfare,” Day added.

“Trump, or to use his migrant family name Drumpf, was a Democrat until 2008. But now as he seeks the most powerful job in the world, it seems he can't be reactionary enough – while the rest of the globe, including atheists, agnostics and possibly Berlusconi himself, mutters 'God help us'.”

If you're still not convinced, here are six striking similarities between the two.

1. They both rose to fame via property before conquering the media

Having begun his career at his father's property business, Trump's ambition quickly grew and he began working on skyscrapers, completing the 72-storey Trump World Tower in 2001. Today, he owns millions of square feet of Manhattan real estate as well as golf courses and resorts worldwide. But you may not have known that Berlusconi also began his career in the world of property, building 4,000 residential apartments close to Milan.

It wasn't long before both men moved into the media industry; Berlusconi used the profits from his construction business to set up his advertising agency. Fast forward a few years and he was at the helm of a vast media empire, encompassing three national TV channels, a network of local TV stations and print media ventures.

Trump, meanwhile, clearly felt more suited to an on-camera role than staying behind the scenes. He became host of The Apprentice – earning two Emmy nominations – and has played himself in several films and TV shows, whilst also becoming a part-owner of the Miss USA and Miss Universe beauty pageants.

2. They aren't too shy to admit they like beautiful women

Both politicians present themselves as ladies’ men. Trump has said that every one of the female contestants in The Apprentice flirted with him, not very modestly adding: “That’s to be expected.”

He has also said that the success of women in the show was “to a very large extent, determined by their appearance,” and has gloated that “it doesn't matter what the media write as long as you've got a young, and beautiful, piece of ass”.

But these comments are nothing when compared to the tales of Berlusconi's extravagant 'bunga-bunga' sex parties, which provided fodder for Italian tabloids for years. He narrowly avoided jail when exotic dancer Karima El-Mahroug said she had invented claims that strippers had “bodily stimulated” the politician.

Still, he might have a fiancée in her 20s now, but many Italian women are unimpressed.

And however much they each claim to love women, both men are plagued by accusations of sexism. Trump has been criticized for referring to women variously as “dogs”, “pigs” and “slobs”.

3. They both have headline-grabbing hairstyles…and orange tans Countless column inches have been devoted to Trump's comb-over, which even has its own Twitter account with a sizeable following. Speculation is rife as to whether the questionably-styled hair is all his own, but Trump has denounced those who doubt its authenticity as “haters and losers”.

As everybody knows, but the haters & losers refuse to acknowledge, I do not wear a “wig.” My hair may not be perfect but it’s mine.

The same can't be said for Berlusconi. The ex-premier has had two hair transplants – in 2004 and 2005, while photographs appear to show the use of make-up to 'fill in' the gaps in his receding hairline. Former UK Prime Minister Tony Blair was reportedly embarrassed to be photographed with Berlusconi wearing a bandana to protect his scalp after the operation, and Microsoft founder Bill Gates accused him of putting his appearance above bigger problems, such as foreign aid.

The pair also seem to have a penchant for the same (orange) tanning booths. 4. They made big promises in a bid to gain power

Trump's slogan 'Make America Great Again!' has the same nationalist undertones as the name of Berlusconi's Forza Italia party, the name of which translates as 'Go Italy' and is taken from a popular football chant. Berlusconi utilized his TV network in a campaign of advertisements which led to his election, whilst Trump's own personal wealth has helped him in his campaign to be the Republican candidate.

One of the key promises Berlusconi made was to create “one million more jobs” for Italians.

5. They're both social media savvy

Aged 69 and 79, these two prove that millennials don't have the monopoly on social media. “My Twitter account has become so powerful that I can actually make my enemies tell the truth,” is something that Trump has actually said – so there you have it.

Trump enjoys using Twitter to retweet comments from his supporters, weigh-in on the attractiveness of female celebrities (repeatedly), deny climate change and deliver sassy put-downs to his “haters”.

Sorry losers and haters, but my I.Q. is one of the highest -and you all know it! Please don't feel so stupid or insecure,it's not your fault

The concept of global warming was created by and for the Chinese in order to make U.S. manufacturing non-competitive.

Berlusconi, on the other hand, prefers the power of pictures over words, and joined Instagram last year, posting an impressive 60 photos in his first day. He's calmed down since then, but is now nearing his 100th post and has over 35,000 followers on the site.

The account mostly consists of photos of him at political events or his TV appearances, but like any Instagram user, he's also fond of the occasional snap of his lunch and, of course, his beloved pet poodle Dudù. It's worth noting that Dudù himself has also built up quite the social media presence, with a large Facebook following and even a blog dedicated to his antics on the website of  l'Espresso magazine.

6. They are matey with Putin

Berlusconi and Putin have enjoyed an impressive 14-year friendship, visiting each other at their holiday homes and sharing jokes at press conferences. It's almost heartwarming to see.

Berlusconi has called Putin a “good boy” and “godsend to Russians”, while Putin has said that his friend only received so much criticism over the 'bunga bunga' sex scandal because others were “jealous”.

Trump hasn't been quite so outspoken in his admiration for the Russian leader, but has said twice that he reckons he'd “get along fine” with Putin if elected – while Putin has described Trump as “bright and talented”. If things go well, these three could soon be firm BFFs. 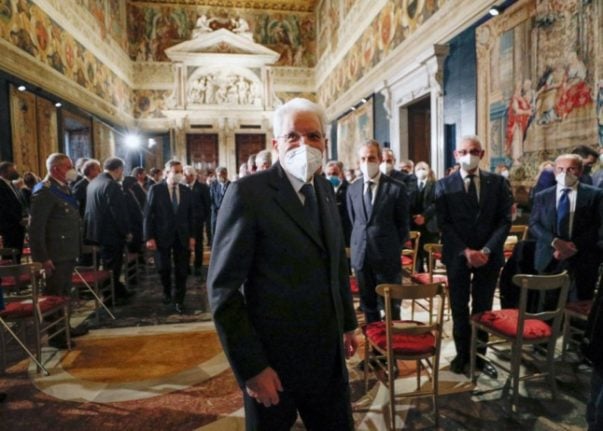 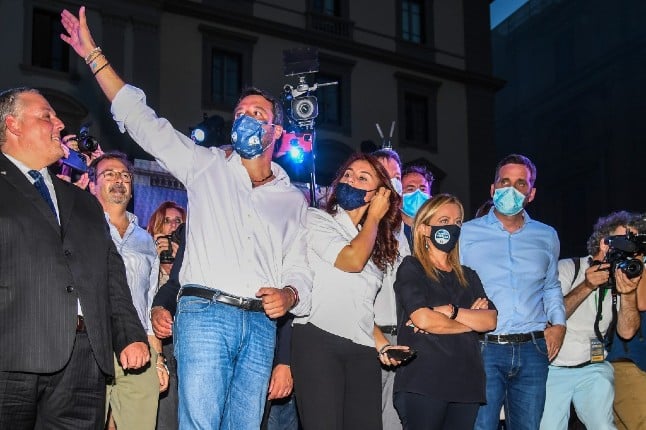 La Lega leader Matteo Salvini (hand raised) next to Susanna Ceccardi, the Tuscany candidate for the right-wing coalition. Photo: Carlo Bressan/AFP
Just a week after a Herculean effort by schools to reopen in line with last-minute Covid-19 rules, classrooms across the country will be shut to pupils and transformed into ballot stations for the two-day vote.
A triumph for the far-right in this fiercely fought campaign would sound alarm bells in Brussels.
It will be the first test for Prime Minister Giuseppe Conte's centre-left coalition government since it imposed an economically crippling nationwide lockdown to fight the virus, which has killed almost 36,000 people.
The referendum, on slashing the number of members of parliament — from 630 to 400 in the lower house, and 315 to 200 in the upper house — is expected to pass, though there has been a late uptick in the number of prominent 'no' declarations.
The cost-cutting reform is the brainchild of the co-governing Five Star Movement (M5S), but while its centre-left coalition Democratic Party (PD) partner and parties on the right are theoretically in favour, their support has been lacklustre at best.
Uncertain future
The regional battle is for governance of Campania, Liguria, Marche, Puglia, Tuscany, Valle d'Aosta and Veneto.
The right-wing coalition is set to easily retake Veneto and Liguria, and it could also snatch Marche and Puglia from the left.
But all eyes will be on Tuscany, a historic left-wing stronghold that might fall to Matteo Salvini's far-right League.
“If the left performs particularly poorly… Brussels will grow concerned,” Berenberg economist Florian Hense told AFP.
It will worry whether the national recovery plan Italy has to present to obtain grants or loans to aid its ailing economy after the coronavirus lockdown “will be ambitious enough, given the limited political capital of the coalition in Rome,” he said.
“And whether, whatever plan Italy comes up with, it will actually implement it given the uncertain future of the current coalition”.
Concern over virus
The poll is going ahead despite warnings against opening polling stations while Covid-19 case numbers are on the rise.
While Italy currently has fewer new cases than Britain, France or Spain, it is still recording more than 1,500 daily.
“The country is in a state of emergency; it is utterly contradictory to be massing people together at polling stations, particularly in light of the trend in Europe,” Professor Massimo Galli, infectious diseases chief at Milan's Sacco hospital, told AFP.
He said previously that holding the elections now would be “madness”. Some precautions have been taken however, with elderly and pregnant voters getting fast-track lanes to vote.
With older people potentially put off voting by the health risks, the left has been organising special transport.
One in three of voters for the PD and League are over 65-years old, according to Italy's Corriere della Sera daily.
Nearly 2,000 voters in isolation due to the coronavirus have also registered to have their votes collected, including former prime minister Silvio Berlusconi.
But fear of catching the virus from voters obliged to pull down their masks to allow them to be identified has seen a flurry of last-minute desertions by polling station volunteers.
Milan was forced Saturday to call urgently for 100 fresh pairs of hands.
Prime Minister Conte has clinched a behind-doors deal with PD leader Nicola Zingaretti to fight to save each other's political skins should the left should perform disastrously, according to the Repubblica daily.
That might not be enough.
“These elections are not going to topple the government,” Political commentator Barbara Fiammeri for Italy's Sole 24 Ore daily told AFP.
“But there could well be a crisis, whether it be Conte's fall, the forming of new coalition, or even a national unity government”.
SHOW COMMENTS 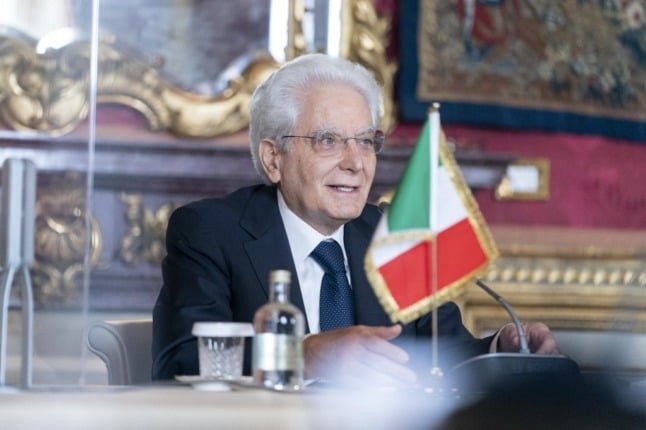 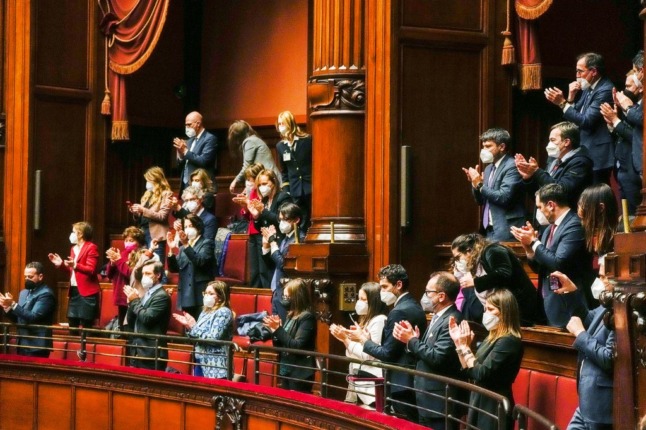