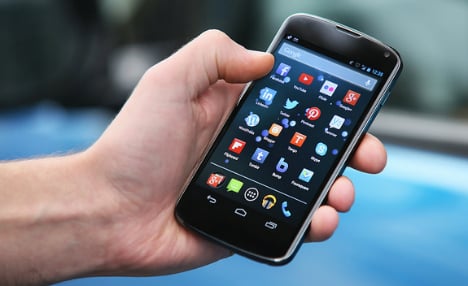 An Italian barber has been sanctioned for having a song as his ringtone at work. Photo: Highways England
Unfortunately for Giuseppe Laiso, who owns a barber shop in Fiorano Modenese, a town near Bologna, an inspector from Italy's copyright agency, Siae, was in the shop when the phone went off, playing Summer's 'Love to Love You Baby'.
Such visits are not uncommon: any shop owner wanting to play copyrighted music to their customers must pay an annual fee to Siae to cover royalty costs.
And it just so happens that Laiso decided that he wouldn't pay the fee this year, because he would no longer treat his customers to background music as he snipped away at their hair.
At least that's what he told the Italian media.
“I've paid Siae for the last 35 years, but this year the annual cost rose to €71 and I didn't think it was worth it so I unplugged the radio,” Laiso told La Repubblica.

“The Siae inspector came in to check that I wasn't playing music on the premises and when my phone rang his eyes lit up.”

The inspector then asked him if he was using his phone to play music in the shop.

Laiso claimed that it was just his ringtone, but according to the Italian media reports, the inspector refused to believe him, issuing the barber with a sanction that would see him forced to pay the annual fee in full for diffusing copyrighted music in public.

Laiso's story soon went viral and Siae took to its Facebook to defend itself from the barber's claims – revealing that Laiso's phone had been playing the 'ringtone' through a speaker system.

“Press articles widely shared on social media saying Siae fined a barber for a ringtone are false and highly damaging,” they wrote.

“There was a telephone, yes, but it was hooked up to speakers and playing music on the premises…music which adds value to Laiso's service, which he refused to pay for.

Speakers or no speakers, Laiso is adamant it was just a ringtone and said he has no intention of paying.

“It's a good job my wife's phone didn't ring – otherwise the inspector would have heard The 'A Fistfull of Dollars' theme song. I won't even whistle while I work anymore.”