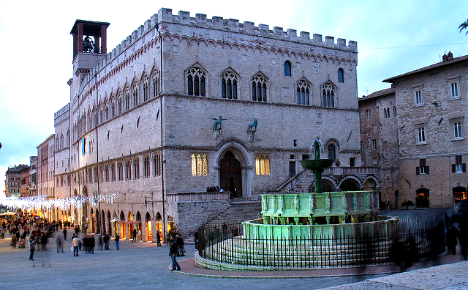 At least that's according to an in-depth analysis of the online reputation of 20 of Italy's largest national museums that was carried out by Travel Appeal, a Tuscany-based startup founded in 2014.

For a year from January last year, the company used a complex algorithm to monitor what visitors were saying about the each museum online.

Travel Appeal, which is advising the government on how to better promote its museums, monitored 31,606 comments from sites including TripAdvisor, Facebook, Google +, Yelp and Foursquare to generate its data.

When it came to the National Gallery of Umbria, which houses eight centuries of Italian art across 40 rooms, 93.85 percent of visitors expressed positive views.

In particular, visitors were 96.6 percent positive when talking about the quality of the museum's exhibits and its layout – a level of visitor satisfaction that would be the envy of any museum worldwide.

But if it's so good – why have most people never heard of it?

“Analyzing feedback is only half the story,” Mirko Lalli, CEO of Travel Appeal, told The Local.

“We have been commissioned by the Cultural Ministry to try to help these museums update their methods of communication. Most of them have websites, often without up-to-date information and no English language pages.”

Indeed, when The Local tried to call the National Gallery of Umbria to congratulate it on its high score, it soon emerged that the phone number on their website is out-of-date.

“You see?” laughs Lalli “This is the problem. In Italy, museums are seen as being about preserving culture, rather than promoting it.

“We're trying to make these museums aware of how they should be using the web to better take advantage of tourism and show them how to use online feedback to improve the visitor experience.”

Even when they are social media savvy, they're still not using the medium to its full advantage.

“Last year we looked at 31,606 online reviews for the museums and over the course of the year all twenty managed just two responses between them,” Lalli said.

“But that's not even so bad. I know that the Colosseum gets 5,000 TripAdvisor reviews a year but has never once responded to anybody.”

Speaking to La Stampa, Culture Minister Dario Francheschini said he hoped the study would help spur the country's museums to make up for lost time and engage more with social media to promote themselves and improve their services.

Until then, the centuries of art hanging in the National Gallery of Umbria might well remain Italy's best kept secret.