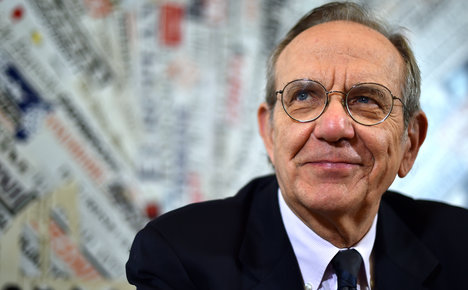 The national tax agency said on Tuesday the total raised from anti-evasion activities was up from €14.2 billion in 2014.

The amounts raised remain tiny in comparison to Italy's huge losses to endemic tax avoidance, but do appear to reflect a more pro-active approach on the issue.

Italian Finance Minister Pier Carlo Padoan told Il Sole 24 ore that 2015 had been “a great success, thanks to the high quality work carried out by the tax office.”

“We can now say that nine years after the introduction of the new system the amount of money recovered has quadrupled,” the minister added.

A total of 315,000 residents were sent letters last year inviting them to quickly correct potential “errors or oversights” in their annual returns with an assurance they would only be liable for reduced penalties. Nearly half of them (156,000) took up the offer, bringing in €250 million.

The employers' organization Confindustria put the figure at €122 billion – the equivalent of 7.5 percent of GDP – in a report published in December.

Nearly half the total is accounted for by non-payment of VAT and a third relates to the avoidance of payroll taxes – both factors related to the size of Italy's black economy.

The size of the untaxed economy is one of the reasons why Italy's public finances are in such a perilous state.

Latest figures published on Tuesday showed the national debt at the end of last year had risen to 132.6% of annual output.

The government has pledged the debt will start falling this year but a slowing economy and a relaxation of fiscal policy have raised doubts over whether that will happen.