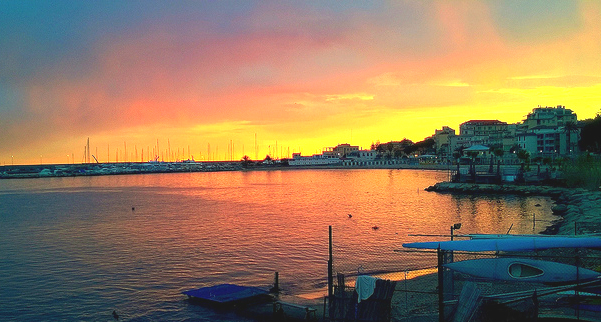 The council has so far let 32 workers go and suspended a further 66 after an investigation exposed rampant absenteeism, with people clocking into work before leaving to pursue more appealing pursuits.

The image of one worker, caught on camera swiping his time-card in his underpants, scandalized the nation and became emblematic of Italy's problem with shirking public sector workers, who are known in Italian as furbetti, which translates as crafty or cunning people.

But in the wake of the scandal, La Stampa reported that that sunny seaside town had been besieged by requests from Italians hopeful of receiving a job.

The town has reportedly been inundated by phone-calls, letters and e-mails from angry Italians who say they are more honest and can do a better job than the previous work shy incumbents.

One 37-year-old unemployed woman from Cuneo, Piedmont, wrote she was “desperate” and willing to do anything.  Anything except be a lifeguard that is, “I can't swim or row,” she added.

A Roman woman with two children, one disabled, put her name forward, telling the council that if it dismisses her application, then “to do so without resorting to the usual clichés”.

From Messina in Sicily, a 47-year-old gardener applied, saying that he dreamt of tending the iconic flowerbeds of San Remo, which is known by Italians as the City of Flowers.

In spite of all the requests Mayor Alberto Bianchieri said that anybody wanting a job would need to participate in the notorious system of public exams – known as concorsi –  to be in with a chance.

Italy's concorsi are thought by many to be a hotbed for corruption and nepotism, often being held up as one of the reasons for Italy's inefficient public sector.

But Bianchieri insisted that the town had turned a corner following the scandal.

“We are viewed as an example of the national malpractice,” he lamented. “But we have shown that we won't let anybody stand in our way when it comes to taking action against corruption.”

Bianchieri hoped the new workers who are eventually hired would help the town move forward.

“Now people have the chance to show us that it hasn't all been in vain.”