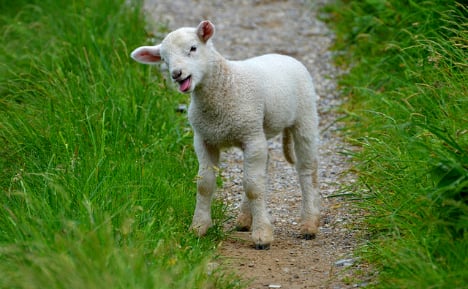 A local teenager reportedly approached the dealer, offering him the five kilogram animal, which he had stolen from his father's farm, in exchange for one gram of cocaine.

According to the drug dealer's lawyer his client was forced to accept the offer due to his perilous living conditions, which had left him desperately in need of food.

“My client was so in need of something to eat that he was ready to swap drugs for a lamb,” Today.it reported the lawyer as saying.

“In all my time as a lawyer I've never seen anything like it.”

Unfortunately for the drug dealer, the teen's father had notified the authorities that one of his lambs had been rustled.

Local police then searched the house of the local man and found the confused ovine in his dwellings. They also allegedly found significant quantities of illegal substances and a laptop that had been reported stolen.

According to the lawyer, police arrived just in the nick of time to save the lamb from the chop.

“He was just preparing to slaughter it when police arrived,” he said.