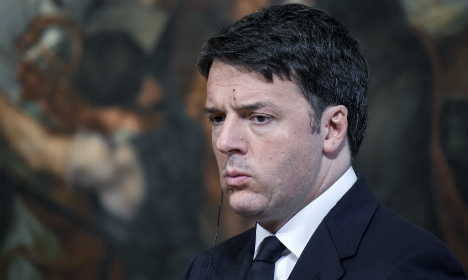 Any “Italian commitment” against offshoots of the Islamic State group inthe conflict-torn country “would need to go through the necessary parliamentary and institutional steps”, he said in a note to his centre-left
Democratic Party.

“This is not the time to force things, this is the time for good sense andcomposure,” he warned, after the murder of two Italian hostages in Libya sparked increased pressure at home for the country to send in special forces.

The prime minister repeated that a long-anticipated move against the ISremains on hold as long as Libya has not formed a unified government with the authority to ask for help to stem the extremist group's growth.

Italy has agreed to lead a UN-mandated international stabilisation forceinto its troubled former colony, but the sticking point remains getting credible cover from a national authority.

“The situation in Libya is increasingly delicate. The United Nations' workto reach a solid and stable agreement on the government is still underway,” Renzi said.

Italy needed to be especially cautious following the deaths of twokidnapped Italians in Sabratha near Tripoli, he said.

The men, among four employees of Italian construction company Bonatti whowere kidnapped in July 2015, are believed to have been killed in clashes between Islamic State jihadists and local militia fighters.

The other two employees were freed on Friday in unclear circumstances andare expected to return to Italy shortly.

Renzi said the two deaths “show once more that war is a dramaticallyserious word to be evoking with the ease with which it is being used in the past few hours by some political forces and commentators.”

Handfuls of US, British and French special forces have already been spottedin Libya.

And a contingent of around 50 Italians is about to join them according tothe Corriere della Sera daily.

The secret services have been tasked with evaluating the balance of forceson the ground, providing intelligence and perhaps weapons and communications tools to potential allies against IS.