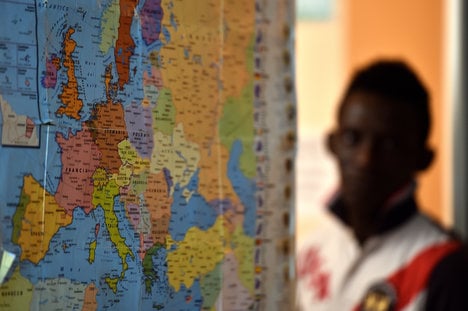 Migrant workers in Italy pay the pensions of more than half a million residents. Photo: Gabriel Bouys / AFP

Non-EU immigrants are also responsible for establishing nearly one in five new companies registered in Italy, according to figures included in the country's 2015 Legal Yearbook, due to be published on Thursday.

The figures were collated by one of the review's editors, Roberto Garofoli, a magistrate who is currently Finance Minister Pier Carlo Padoan's chief of staff.

Using ministry data, Garofoli calculated that non-EU immigrants paid some €8.0 billion into Italy's welfare coffers in 2014, but took only three billion out in pensions and other benefits.

The balance was enough to finance 600,000 annual pensions, he noted in an essay calling for a “pragmatic” discussion of the costs and benefits of immigration.

Non-EU immigrants also contributed some €6.8 billion euros in income tax, owned 18.1 percent of the new companies registered in 2014 and were proportionately more likely to register for VAT payment than any other section of society.

But the positive benefits of mostly-youthful immigration into an ageing society like Italy are being substantially eaten into by the cost of coping with the current migration crisis.

More than 320,000 asylum-seekers and other migrants arrived in Italy in 2014 and 2015, most of them rescued from people smugglers boats off Libya.

Garofoli said managing the influx had cost €3.3 billion in 2015, the bulk of which would recur each year for the foreseeable future.

According to official data, Italy has a population of just under 60 million people, including five million legal residents who are not Italian citizens.

Nearly four million of the non-Italians come from outside the European Union with the biggest contingents hailing from Albania and other parts of eastern Europe, North Africa, China, South Asia and the Philippines.