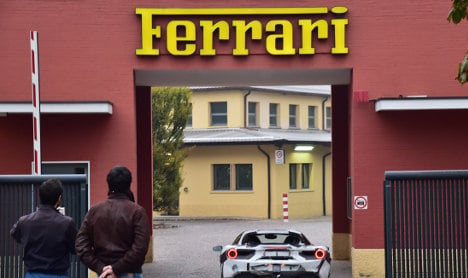 The non-binding deal with Beijing Automotive and Biac Eternaland Property will, if implemented, see the two Chinese companies licensed to establish the park in a still-to-be-decided Chinese city.

The luxury sportscar maker and Formula One powerhouse already has a theme park on an island near Abu Dhabi and is in the process of constructing another one in Spain.

The parks are one of the ways in which the company is hoping to leverage its luxury brand to generate additional revenues.

The company's sales in China, which represent about five percent of its total worldwide, fell 22 percent in 2015.