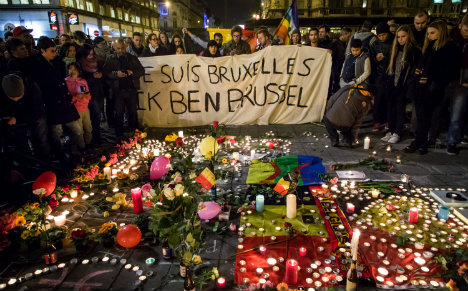 One Italian is thought to have been killed during Monday's terror attacks in Brussels. Photo: Aurora Belot/AFP

Citing Foreign Ministry sources, news agency Ansa reported that Patricia Rizzo has been missing since the explosion at the city's Maelbeek metro station and is presumed dead.

The family and friends of Rizzo,  who worked at the European Commission, are still searching the city's hospitals in the hope of finding her alive.

The Italian embassy in Brussels is in contact with the family.

Three other Italians were among over 100 people injured in the metro station explosion, the Italian embassy said on Tuesday.

Brussels transport authorities confirmed that at least 20 people died in the blast at the metro station, which is close to the European headquarters, and over 100 were injured.

Another 11 people (revised down from 14) were killed in the blasts at Zaventem airport.

Italy on Tuesday raised its security level to 2, the highest possible in the absence of a direct attack