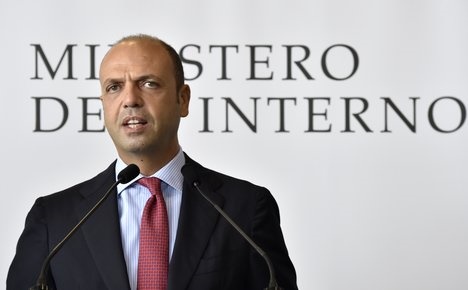 Interior Minister Angelino Alfano said nine Islamic fundamentalists have been deported since the start of the year. Photo: Andres Solaro/AFP

A Moroccan man, the former president of an Islamic centre in Chieti, Abruzzo, was deported on Thursday, Ansa reported.

Alfano said the man was “known for his fundamentalist stance” and expressed a desire “to go and fight in Syria” on several occasions.

An Iraqi man, identified by France and Belgium as having links to terrorist groups, was arrested near Naples on Tuesday, just hours after attacks in Brussels killed 32 people and injured over 200.

Italy raised its security level to 2, the highest possible in the absence of a direct attack, in the wake of the Brussels attacks.