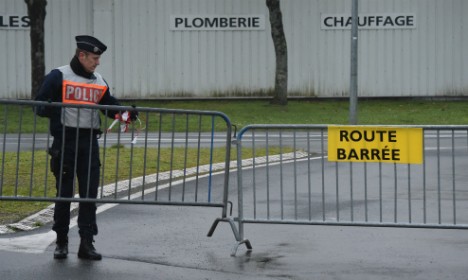 The minibus was travelling from Switzerland to Portugal when the accident happened just before midnight.

“The twelve passengers of the minibus, who were all Portuguese, are dead,” a statement from the local authority said.

The passengers were being taken to Portugal for the Easter weekend.

The crash occurred in an accident black spot when the minibus swerved into the path of oncoming traffic and collided head-on with the truck near the town of Moulins.

The driver of the minibus and the two Italian drivers of the truck survived the crash but were injured, the local authority said.

An initial inquiry said the driver of the minibus was not under the influence of alcohol, and police have opened an investigation into the cause of the crash.

The road “is quite monotonous, the speed limit is 90 kilometres per hour. There are those who are impatient and those who fall asleep,” said a judicial source, adding that there are only four passing zones in the area.

“They've been talking about adding a second lane for 40 years,” he added.

A local village hall was being used as a temporary morgue.

The road was closed following the accident, and was expected to remain shut until 9:00 am (0800 GMT) Friday.

This is the second major bus crash to occur in Europe over the past week. Last Sunday, 13 Italian students were killed in a coach crash in Spain as they made their way back to Barcelona after a festival in Valencia.