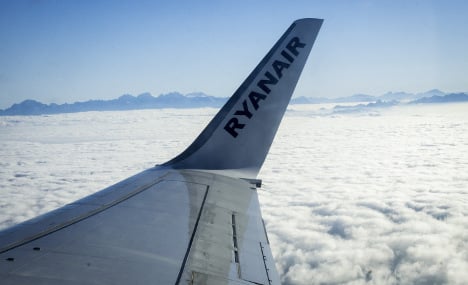 In a case that dates back to 2012, the company was accused of dodging paying social contributions to Italy’s inland revenue, the INPS, for over 200 staff based in Bergamo.

Even though the company’s cabin crew are required to live near the airport, Ryanair argued that they work aboard the company’s aircraft and so their taxes should be paid in Ireland, where the airline is based.

Bergamo’s labour court ruled that the staff registered in Dublin were covered by social insurance in Ireland and that the company had correctly paid contributions during the period in question, between 2006 and 2010, thus complying with EU law.

Ryanair said in a statement that the ruling meant the demands by the INPS to pay €9.4 million for this period “have been quashed”.

“The court found there was no basis for the INPS to claim that Ryanair’s crew, working on Irish registered aircraft and validly paying social taxes in Ireland, should have been paying contributions in Italy,” the company added.

“This judgement upholds the position confirmed by the Italian Supreme Court, the Bologna labour court and many other national courts around Europe, which have ruled that the workplace of aircrew (both pilots and cabin personnel) is the registered aircraft on which they carry out their duties.

“In particular we welcome the fact that our crews, who have already paid their social taxes in Ireland, will not be required to pay €9.4m of double taxes in Italy.”

The ruling comes less than two months after the company said it would be forced to close two of its bases in Italy and cut 600 jobs after the Italian government hiked passenger taxes.

From January 1st, the government raised taxes by about 40 percent (from €6.50 to €9) for each passenger departing from Italy in order to subsidize a fund set up for pilots laid off as a result of the merger between Alitalia and Abu Dhabi’s Etihad.

Ryanair said at the time that it had “no choice” but to close bases in Alghero, Sardinia, and Pescara, on Italy’s Adriatic coast, from September, as well as scrap flights from Crotone in Calabria. Some 800,000 customers will also be lost.

“This tax hike will severely damage Italian tourism, particularly around regional airports where Ryanair brings millions of visitors each year, contributing millions of euro to local economies through high tourist spends, while supporting thousands of jobs,” the company warned.