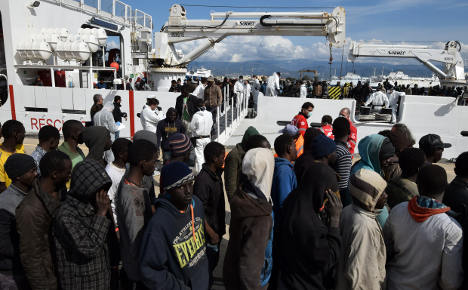 Some 17,500 migrants have arrived in Italy since the start of the year. Photo: Giovanni Isolino/AFP

The “Diciotti” vessel came to the rescue of four inflatable dinghies and a boat, bringing a total of 774 people to safety, including 125 women and five children, the coast guard said in a statement.

Meanwhile, three Italian navy ships rescued over 660 migrants in various operations while a German military ship picked up another 105.

Close to 1,500 people were rescued in the Mediterranean over the weekend, adding to fears that calmer seas at the onset of spring are encouraging greater numbers of migrants to attempt the perilous crossing after a winter lull.

According to the UN Refugee Agency (UNHCR), some 17,500 people have arrived in Italy since the start of the year.