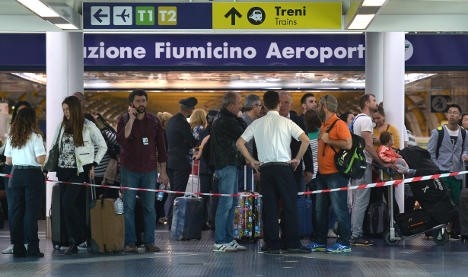 The man, who was carrying €20,000 in cash, was about to board a flight to Dusseldorf when he was detained during a routine check, Ansa reported, citing sources.

Police are working to gather more information about the man’s identity, the report said.

The incident comes less than a week after an Algerian national was held in Italy as part of a probe into fake ID documents used by the Paris and Brussels attackers.

The suspect, named as Djamal Eddine Ouali, 40, was detained under a European arrest warrant near the southern city of Salerno on Saturday.

It was also revealed earlier this week that Khalid el-Bakraoui, one of the suicide bombers involved in the Brussels attacks, had travelled through Italy on his way to Athens from the Belgian capital last summer.

El-Bakrouhi also used identity documents belonging to a former Inter Milan footballer, Ibrahim Maaroufi, to rent an apartment in Paris, which is believed to have housed some of the assailants involved in the November attacks.