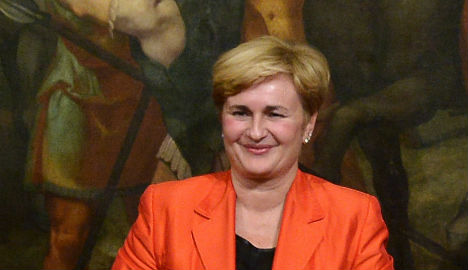 Economic Development Minister Federica Guidi resigned after revelations she had tweaked the 2015 to suit her businessman husband. Photo: Tiziana Fabi/AFP
The centre-right Forza Italia party, led by former prime minister Silvio Berlusconi, joined forces with the anti-immigrant Northern League to draw up the motion of no-confidence for both the upper and lower houses of parliament to consider.
“Game over for Renzi,” said Renato Brunetta, head of Forza Italia in the lower house.
The anti-establishment Five Star movement (M5S) is also preparing its own motion, according to media reports.
“We all have to show we want to send Renzi packing. We will vote for no-confidence,” said Five Star member Luigi di Mario, deputy head of the lower house of parliament.
A defiant Renzi played down any threat to his government.
“And so they present the umpteenth no-confidence motion. We will go to parliament, I hope as soon as possible,” he said on his website, having refused calls on Friday to step down.
The opposition's move followed the resignation on Thursday of Economic Development Minister Federica Guidi over allegations she tweaked the country's 2015 budget to suit her businessman boyfriend.
Guidi stepped down hours after it emerged that her partner is under investigation for abusing his connection to the government in a suspected bid to help his engineering company win contracts with French oil giant Total.
In a wiretap recording leaked to the press, Guidi is heard telling him that an amendment to the budget law streamlining the approval process for new oilfields in southern Italy would be approved.
“Guidi's immediate willingness to resign threw the various opposition parties into panic, so much so that – not knowing what to do – they began shouting for the resignation of the whole government, guilty of who knows what,” Renzi said.
“Once again, parliament can send us home if it wants to. But I don't think it will happen,” he said.
The 41-year old prime minister also said his centre-left Democratic Party (PD) was going to sue Beppe Grillo, former comedian and founder of the Five Star party, for saying everyone in the party had “their hands dirty with oil and money”.
“We can be unpleasant or arrogant. But we are honest people,” Renzi said.
Opposition leaders have seized on Guidi's resignation as fresh evidence that Renzi's administration is every bit as prone to sleaze as its predecessors.
Guidi's resignation came almost exactly a year after then transport minister Maurizio Lupi resigned after it emerged a businessman embroiled in a major public works corruption scandal had given Lupi's son a 10,000-euro Rolex watch.
While the PM continues to enjoy good approval ratings and has won plaudits for pushing through reforms in the two years since he seized power in an internal party coup, he faces a potentially tricky test at local elections expected in June.
He has also staked his reputation and political career on a contentious referendum over constitutional reform, scheduled for the autumn, which promises to be bitterly contested. 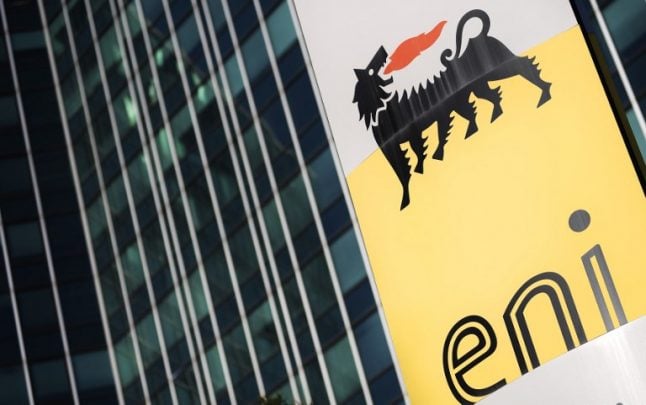