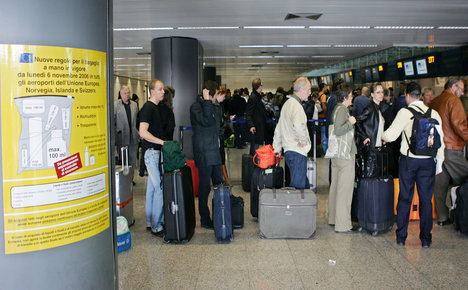 The German professor was stopped while passing through security at Fiumicino's Terminal 1. Photo: Andreas Solaro/AFP

The man, who was about to board a flight to Dusseldorf, was passing through the security gate at Terminal 1 on Monday when the skull was found in his hand luggage, Il Messaggero reported.

When asked what he was doing with the skull, the professor claimed he bought it from a market stall in Rome on Sunday, and intended to use it for scientific purposes.

He said he paid €50 for the skull, described as being “well polished but without its lower jaw”, at the stall on via Giulia.

The man was later charged by border police for illegal possession of human remains. The skull, meanwhile, has been sent to Italy’s Scientific Police (Polizia Scientifica), who will determine its origin.