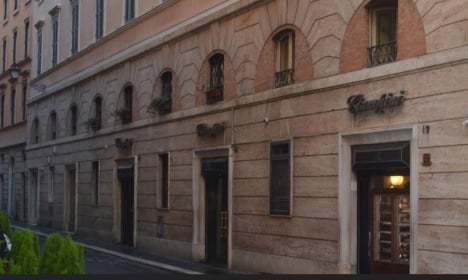 The Ciampini bar, where the explosion happened. Photo: Screengrab/Google Maps

The cause of the explosion in the bar's basement has not yet been confirmed but was thought to be due either to a short-circuit or a gas leak, La Repubblica reported.

The explosion triggered an immediate stampede among the bar's customers and in the busy San Lorenzo in Lucina square, but no others were injured, the newspaper said.

Police, ambulances and three teams of firefighters arrived within minutes and the man was taken to Santo Spirito hospital, where he died of severe injuries.

The man has not yet been identified but is thought to be from the Philippines.