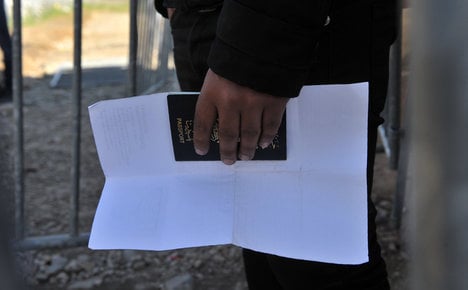 German could help Austria step-up patrols at its border with Italy to stem the flow of migrants towards northern Europe. Photo: Sakis Mitrolidis/AFP

Austria has long complained that Germany is reaping the benefit of its agreement with western Balkan nations to close borders all along what became the main refugee route in 2015 from Greece to Germany and points further north.

Numbers of refugees arriving in Germany have slowed to a trickle in recent weeks without Chancellor Angela Merkel having to renege on her promise not to close the Federal Republic's borders.

That will put pressure on Austria as people seek to move north – and “Germany can't just rely on our neighbouring countries keeping that under control,” Dobrindt said.

Dobrindt is a member of the Christian Social Union (CSU), Merkel's conservative Bavarian allies who have long criticized her willingness to accept large numbers of refugees in Germany.

“Germany must send a signal to the world that there is no unconditional culture of welcome even here,” he said.

“It would be wrong to give refugees the false hope that they can still head towards us. People looking for a better life can't simply cherry-pick Germany.”

Meanwhile, 15 people were injured in clashes between police and hundreds of pro-refugee Italian, Austrian and German protesters, who gathered at the Brenner Pass on Sunday to call for an end to border controls.

Austrian police responded with pepper spray, shields and batons – forcing the crowd back.

Ten protesters and five police were injured in the clashes.

The march was organized in protest at the Austrian government's handling of the refugee crisis, specifically its decision to strengthen border controls with Italy in February.