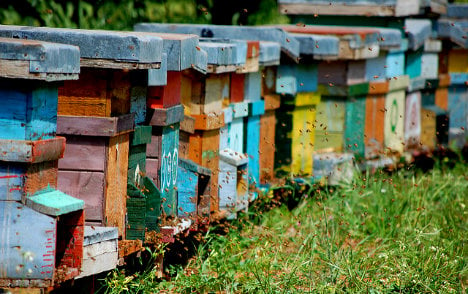 An Italian beekeper has had 1.2 million bees stolen. Photo: Paskualo/Flickr

Mario Berti, 77, reported the theft to police in Caravino, Ivrea, on Wednesday after he woke up to find bee-thieves had made off with 17 of his hives – each containing some 70,000 bees.

The damage is estimated to be worth around €5,000.

Berti said the theft seemed like a 'planned attack', adding that the loss would seriously damage his business. His small scale farm has been selling honey, which won eight prizes between 1982 and 1987, for decades.

“This theft will have serious consequences for me, my family and my business. I'm prepared to offer a reward to anybody who helps me get my bees back,” he told local paper La Sentinella di Canavese.

Berti said that while he had seen single hives stolen in the past, he had not reported them to the police.

Strange though it may sound, bee rustling is on the rise across rural Italy, according to Italian farmers association, Coldiretti.

The trend is being driven by mass die-offs, caused by climate change and parasites, which have seen the value of hives rise dramatically.