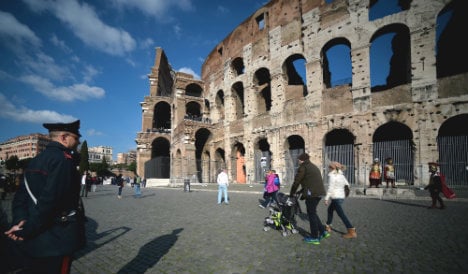 A French tourist was charged by police after flying a drone over the Colosseum. Photo: Filippo Monteforte/AFP

While the opportunity of getting some aerial footage of the Flavian Amphitheatre might seem tempting, strict laws govern the piloting of remote aircraft in Italy.

When the tourist brought the drone back down to earth at around midday, he was quickly arrested by police and charged with violating Italian aviation rules. The aircraft was also confiscated, Adnkronos reported.

Though it is likely to be seen as a misdemeanor, violating Italian aviation rules is an offence potentially punishable with fines of up to €113,000.

“For most urban flights people will need to obtain a permit and we invite people to read our guidelines before they try anything.”

This is not the first time drone-flying tourists have got into hot water in Italy.