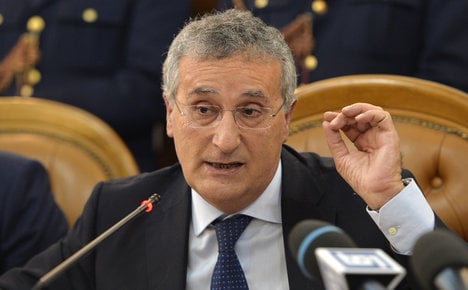 Franco Roberti warned that unless Italy acts now, the country “will find itself in the same situation as Brussels or the Parisian suburbs”.

In an interview with La Repubblica, he said that 500 young Muslims in Italy’s juvenile prisons risk becoming jihadists.

“It’s an alarming figure that I was given a few days ago: half of the young offenders in Italian prisons are Muslim,” he said.

“Like all of their peers, they are used to spending all their time on the internet, where they can easily make contact with sites that preach jihad: they are at a high risk of radicalization.”

Roberti said that Italy downplayed the threat of jihadism when compared to France and Belgium.

“We believe the danger is inferior,” he added.

“It’s probably true that the Muslim community in our country is different – the second generation are still adolescents. But if we don’t act quickly then over the next five to ten years we’ll be in the same situation as Brussels or the Paris suburbs.

“We already have the growing threat of young people leaving Italy to go and fight in Syria, more than we’re aware of. It’s a phenomenon that we’re trying to stop.”

“It’s not true – in fact, it’s the exact opposite. The mafia and terrorists have always played the same game.”