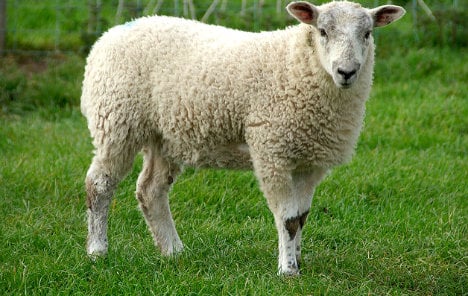 A travelling shepherd has been heavilly fined by one Italian town. Photo: David Martin Hunt/Flickr

Massimo Freddi, 38, has been travelling across Italy with his 600 sheep since last September, when he started moving his flock south from his home in Lombardy's mountainous Trompia Valley.

Freddi is currently grazing his sheep on the grassland surrounding the walls of the Renaissance city of Ferrara in the neighbouring province of Emilia-Romagna.

But the nearby town of Bondeno, some kilometres north of Ferrara, the local council run by Italy's far-right Northern League was much less accepting of the shepherd.

Bondendo police fined Freddi some €12,000 during his stay last December on the grounds that he did not have vaccination certificates proving his animals were free from brucellosis – a chronic disease which affects cattle and, in rare cases, humans.

Freddi simply packed up and moved on to pastures new without paying the fine, arguing he didn't need the certificates.

“When I left Lombardy my flock was free from disease and still is, otherwise I would never have set off,” Freddi told Corriere.

The shepherd says that Bondeno's enforcement of the law fails to enact a change in legislation surrounding pastoralists which came into act in 2004.

“Vets from the Emilia-Romagna and Lombardy need to sit down and talk to each other and work it out between them” Freddi added.

Freddi and his flock have been in Ferrara for the last 10 days, after the city's democratic party mayor, Tiziano Tagliani ,offered Freddi the grassland surrounding the walls in the hope that the animals could munch through the long grass before the summer arrives.

Since arriving in Ferrara, Freddi and his sheep have become something of a tourist attraction, with visitors flocking to the town to see the sheep grazing just outside its medieval walls.

Many have praised mayor Tagliani's innovative approach to managing the grassy area around the city walls with an ecological, silent and cost-effective solution.

Others have criticized the move as inefficient, populist and potentially dangerous, seeing as the sheep leave behind large amounts of excrement and are known to carry diseases and ticks.