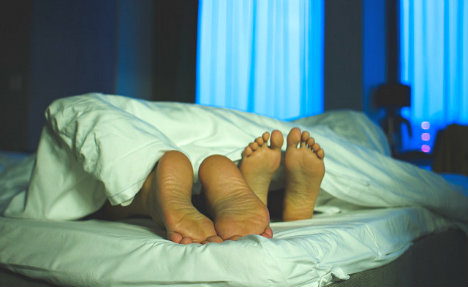 A Italian woman sought €50,000 in compensation from her ex-husband over their poor sex life. Photo: Tamaralvarez/Flickr

The woman, named only as 'Anna' in the Italian press, from Civitanova in the Marche region, first made the claim against her ex-husband, also 50, during divorce proceedings in 2004, Il Messaggero reported.

The initial claim was rejected by the court, but Anna furiously appealed.

She claims her marriage came to an end precisely due to the lack of conjugal sex with her husband, who she says had physical problems which prevented him from making love.

During her appeal, she even presented a certificate from her doctor which attested to the fact she was 'essentially a virgin'.

But her ex-husband rejected the allegations, arguing that although he had once had a minor anatomical problem which created trouble in the bedroom, it had been corrected years before the couple married.

He also claimed it was Anna who consistently rejected his sexual overtures, as she had some kind of personal problem with sex.

At an appeals court in Macerata last week, lawyers rejected the wife's appeal.

Lawyers said there was no way of proving that the husband had ever refused sex. In addition, since the divorce, the husband has gone on to have two children – a fact which proved pivotal for the court of appeal.

“There is no clearer sign that he didn't have sexual problems,” said magistrates Marco Vannini and Barbara Asuni.

As well as bringing an end to her 11-year quest, the judges also ruled she pay €5,000 in legal fees.

Divorces and legal payouts due to unsatisfactory sex are nothing new in Italy.

Last October, one 84-year-old woman tried to divorce her 88-year-old husband over his lack of interest in sex, while in 2014, a couple got compensation of €20,000 after a road accident negatively impacted upon their sex life.