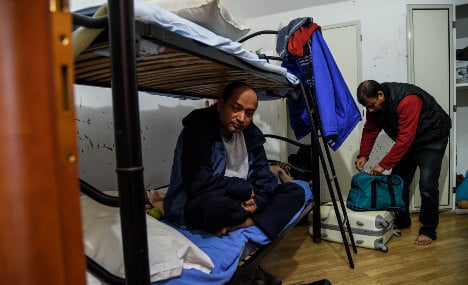 Officials stress there is no evidence of a much-predicted major surge in the number of people seeking access to Europe via Libya and Italy as a result of moves to cut off the influx from Turkey via the Greek islands.

But the numbers are running at a higher level than last year, when an unprecedented 170,000 migrants landed at Italy's southern ports.

And there is increasing apprehension about the possibility of many more non-Libyan nationals opting to flee the country, which has been plagued by instability since the 2011 uprising that ousted longtime ruler Moamer Kadhafi.

A total of 25,816 people have arrived on people-smugglers' boats from Libya so far this year, according to the UN refugee agency and the latest information from the Italian coastguard.

This represents around 7,000 more than at the same time last year but officials caution prudence in interpreting the figures.

Favourable weather and sea conditions may have brought forward planned journeys rather than demand for places on boats having increased.

Paolo Serra, the Italian general who acts as military adviser to the UN's Libya envoy Martin Kobler, warned on Thursday that immigrants living in Libya would head for Italy in large numbers if the country is not stabilized.

Italy has long relied on migrants quickly passing through its territory to ease the burden of processing the huge numbers it has to deal with (350,000 since the start of 2014).

But the crisis engulfing the whole of Europe has put pressure on the open borders required for this pressure valve to operate.

France briefly closed its coastal border with Italy last year and Austria is now threatening tight controls at the Brenner Pass, which links it to Italy in the Alps.

Several regions in Italy have warned their ability to accommodate new arrivals is at breaking point and a revolt last year saw one refuse to take any more and others threaten similar measures, although they backed down in the end.

European Council President Donald Tusk on Wednesday said the EU had to be prepared to step in to help Italy, and potentially Malta, if the exodus from Libya accelerates.

“The numbers of would-be migrants in Libya are alarming,” Tusk said. “We must be prepared to help and show solidarity to Malta and Italy, should they request it.”