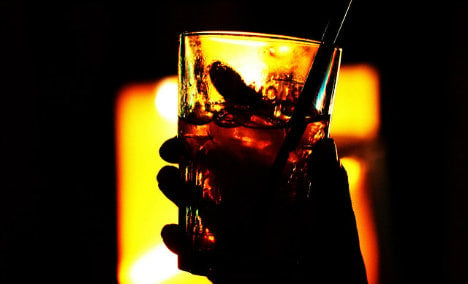 Eight million Italians are at risk from too much alcohol consumption. Photo: Jody Sticca

Experts say the eight million drinkers – a figure which includes 1.5 million people between the ages of 11 and 25 – risk developing alcohol-related health problems over time.

In addition, the report, which was compiled using data collected in 2014, classified a further 720,000 people across Italy as 'heavy drinkers'.

To be considered a 'heavy drinker' women must consume more than 40 grams of alcohol each day, men more than 60 grams.

Nationally, problem drinking is a male phenomenon: 460,000 men were said to be heavy drinkers, compared to just 260,000 women.

“Heavy drinkers are people who have already damaged their bodies with alcohol,” said Emanuele Scafato, who led the team which carried out the study.

“They should be seeking help from alcoholics' programmes to stop the progression of damage.”

However, experts say that just 10 percent of all heavy drinkers seek help and that the country's medical institutions need to do more.

“Our doctors are not trained in early identification and swift intervention in cases of problem drinking. For years, national plans to combat the phenomenon have called for this, but it has not yet been integrated into our health care system,” Scafato added.

The study revealed that 34 million of Italy's 60 million inhabitants drink alcohol, with eleven million people engaging in a daily tipple.