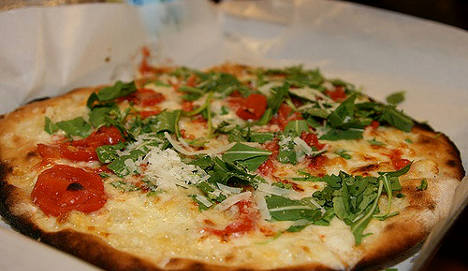 A mafia chief in southern Italy has been arrested by detectives disguised as pizza boys. Photo: Brian Boyd

Roberto Manganiello, 35, a boss in Naples' notorious Camorra mafia, had been on the run since 2013.

He was listed as “one of Italy's 100 most dangerous criminals” for an alleged double homicide in 2004 that sparked a bloody gang war in Naples.

Manganiello was arrested on Saturday evening as he watched Napoli play Inter Milan, when the fake delivery boys knocked on his door at an apartment in Orta di Atella where he ran a drugs and extortion business, police said.

A 30-year-old Neapolitan woman was arrested with him. Manganiello offered no resistance to the police, they said.

Interior Minister Angelino Alfano hailed the arrest, describing it as a “success due to top-level investigative work.”

Adding to Manganiello's humiliation, Milan defeated his home team 2-0, all but crushing Naples' hopes of a first Serie A title in 26 years.