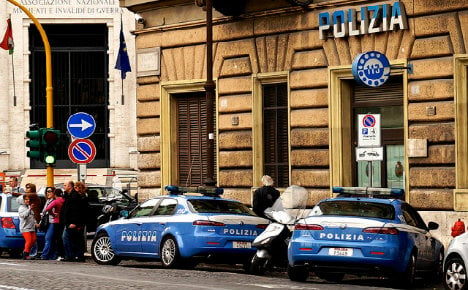 The concerned friend contacted police in Verona, US, instead of Verona, Italy, by mistake. Photo: Brad Scruse/Flickr

In a process that also involved the international police corporation, Interpol, the life of a Chinese girl, studying at the Academy of Fine Arts in Verona, Italy, was saved.

The girl had threatened to kill herself during an online group chat with friends, Italian police said in a statement.

One of the friends, a Chinese student in the UK, became concerned and so decided to send an email to police in Verona, telling them her friend was seriously depressed and had threatened to take her own life.

But the friend instead emailed police in Verona, New Jersey, by mistake.

The force is led by police chief Michael Stern, who picked up the emailed shortly after 5pm last Thursday, 40 minutes after it had been sent.

Although the station frequently receives messages and calls from people trying to contact the authorities in Italy's Verona, Stern said he couldn't ignore the message.

“I wasn't going to let someone who was sick or ill go to the wayside,” he told Buzzfeed news. “I felt it was my responsibility.”

He also tried the Italian Embassy in the US, but it was already closed for the evening.

Stern finally contacted Interpol, which got in touch with police in Verona and a squad was dispatched to the girl's apartment.

Police arrived less than two hours after Stern read the message, at about 1.10pm CET, and found the girl next to an empty bottle of antidepressants with her wrists partially cut.

She was immediately taken to hospital and is reportedly in a stable condition. “We saved a life half a world a way,” Stern said.

Verona police in Italy added:  “The rapid transfer of information internationally and the prompt action of Verona police force saved the life of the young student.”

Police in Verona declined to provide more details about the incident when contacted by The Local.