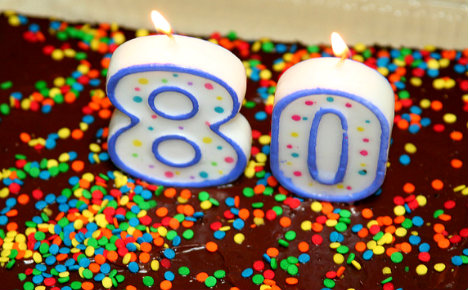 An Italian boss gave his workers €200k in bonuses to celebrate his 80th birthday. Photo: Amythenurse/flickr

The show of generosity was also a way for Innocente Fraschini to mark the 80th anniversary of Frascold, an air conditioning company which was founded in the aptly-named Rescaldina, a town near Milan, back in 1936.

Both occasions were marked on April 15th, when Fraschini told his employees that they would get a top up of between €800 and €1200, depending on how long they have been working at the company, in next month's salary.

Franco Buonfilo, who has worked at Frascold since 1980, said the staff were delighted and totally taken aback by Fraschini's gesture.

“He's a very generous person,” Buonfilo told Corriere. “But nobody expected he would do anything like this.”

In turn, the staff celebrated their boss's 80th by planting a tree in his honour at the Rescaldina headquarters.

A plaque dedicated to Fraschini at the base of the tree read: “A tree is known for its fruits, a man for his actions.”

But Fraschini is not the only Italian employer to have given their workers lavish bonuses. Staff at Ferrari each received a €5,000 bonus last Christmas.