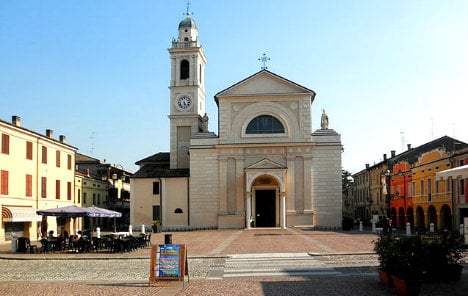 The council of Brescello was dissolved over mafia concerns on Wednesday. Photo: Friedrich Strasse/Wikimedia

The decision was taken following a ministerial meeting on Wednesday.

While dozens of other town councils in southern Italy have faced a similar fate in the past, it was the first time such a move had occurred to a town in the north, Italian daily La Repubblica reported.

The government's decision came after a police report showed the town council had been infiltrated by the mafia, it said in a statement.

Brescello is home to 5,600 people, 400 of them from the southern region of Calabria, which is home to the 'Ndrangheta mafia.

Italian police describe 'Ndrangheta as the most active, richest and most powerful crime syndicate in Europe.

With a turnover of billions of euros a year, it is particularly notorious for drug trafficking and corrupt construction contracts.

The group has proven particularly difficult to investigate because it is based almost exclusively on family ties.

Just over a year ago, police arrested more than 160 people suspected of association with the 'Ndrangheta mob, among them over 100 in the Emilia-Romagna region where Brescello is located.

The 'Ndrangheta mafia has been active in the Emilia-Romagna region near Milan for over 20 years, placing loyalists in key positions in local businesses, institutions and law enforcement.