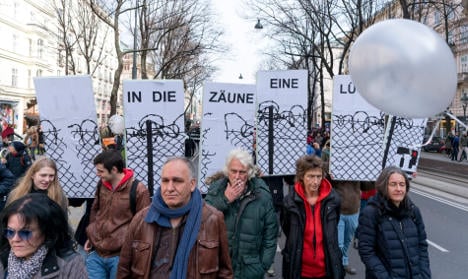 People march through Vienna during the 'Refugees Welcome! NO to Fortress Europe!' rally in March. Photo: Joe Klamar/AFP

The number of officers being deployed is three times as many who were there at the previous Brenner border protest that took place earlier in April.

On that occasion the initially peaceful protest by several hundred pro-refugee demonstrators from Italy, Austria and Germany ended in violence after 50 participants attacked police, resulting in five Austrian officers being injured.

The demonstrators were protesting against Austria’s preparations to tighten border controls at Brenner and the construction of a barrier across the road and motorway to prevent migrants and refugees from entering Austria unchecked.

The move is part of a greater effort from Austria to reduce the number of migrants and refugees claiming asylum in the country by increasing border checks and tightening control. Following the closure of the west Balkan route in recent months, Austrian authorities say they expect large numbers of people to make their way via Italy to seek protection and a better life in central Europe.

Following talks with the organizers in recent days, police from the South Tyrol city of Bolzano said in a press release on Wednesday that they do not expect Sunday’s protest to turn violent as it did before.

Meanwhile Austria’s Interior Minister Johanna Mikl-Leitner, who has led the country’s hardline approach to migration, defended the right of the demonstrators to protest against the measures at Brenner.

Mikl-Leitner made the remarks on Tuesday after politicians from Austria’s Tyrol and Italy’s South Tyrol region questioned whether Sunday’s protest should be banned because the previous one had turned violent.

“As we know, there is a right to demonstrate and that should be retained. And therefore we must intensively work together with the Italian executive,” she said. 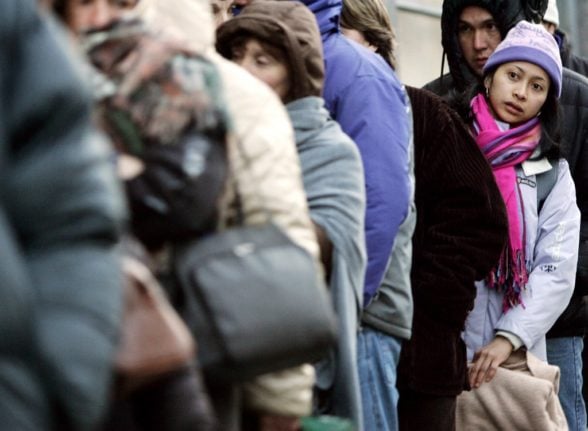 RESIDENCE PERMITS
How many residence permits does Italy grant to non-EU nationals?
Url copied to clipboard!