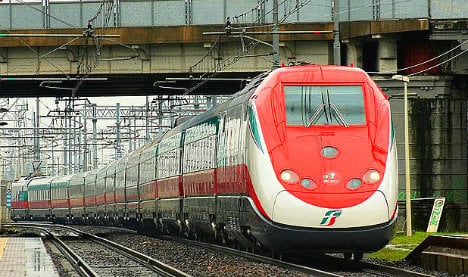 An Italian teen was killed on Wednesday by a high-speed train in Milan.Photo: Manuel Paa/Wikimedia

Lisa Digrisolo was hit by the Frecciarossa train, travelling between Turin and Naples, at Milan's Certosa station as she crossed the tracks, La Repubblica reported.

Police believe the fashion and design student was wearing headphones at the time of the incident, which happened just a few hundred yards from her home as she made her way to the nearby Caterina da Siena college.

The incident is being treated as an accident, possibly brought on by the girl listening to music and not hearing the oncoming train, which was halted and passengers transferred to continue their journey.

Some 59 people were killed on Italy's railways in 2015 and 41 were seriously injured, according to a report by national railway safety group ANSF.

In 89 percent of cases, accidents were caused by the people illegally crossing train tracks.