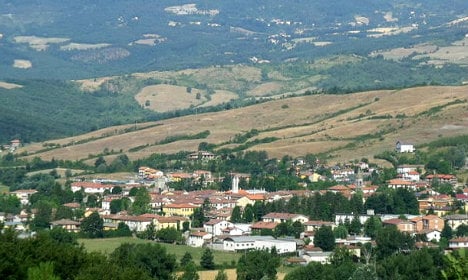 An earthquake struck the province of Florence on Monday, with an epicentre near the town of Firenzuola, pictured above. Photo: Liga Due/Wikimedia

The epicentre of the earthquake was located at a depth of five kilometres below the earth's crust, 35 kilometres north of Florence, where the tremors were felt by residents.

There were no reports of injuries to people or damage to property, but those living in the towns nearest to the epicentre  – Firenzuola, Borgo San Lorenzo and Barberino del Mugello – fled their homes for fears of further shocks.

Checks were carried out on Monday to ensure the quake had not damaged buildings structurally.

”At the moment we have no reports of damage,” Bassi added.

While in Italy earthquakes are a fairly common occurrence, residents in lower Austria were also panicked yesterday, when a freak earthquake measuring 4.4  on the Richter scale was recorded.