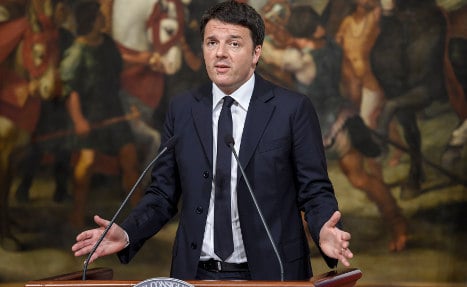 As tensions mount between Austria and Italy over the flow of refugees across the border, Renzi wrote on his website on Wednesday that closing the pass also goes against European “history, logic and the future”.

Renzi’s comments followed a meeting with US President Barrack Obama and the leaders of Britain, France and Germany in Hannover on Monday, during which Obama offered his backing for a Nato naval operation off Libya in support of a controversial Italian plan to block the migrant route from the north African country to Europe.

His remarks also came as the head of Tyrol’s provincial police force Helmut Tomac said the country was making preparations to build a 400-metre-long fence at the Brenner border unless Italy cooperated.

Rumours that Austria will build a fence in the area have been around for some weeks, although this is the first time the length of the fence has been mentioned.

Austria’s new Interior Minister, Wolfgang Sobotka, also confirmed over the weekend that continuous controls will be introduced at the border with Italy at the end of May in preparation for what government expects will be a new wave of refugees and migrants making their way to central Europe via Italy.

But as Austria's fears mount, Renzi used his post to clarify “exaggerated” statements made about the number of migrants landing in Italy.

“In the first four months of this year the number of migrants who arrived in Italy is lower than that [of the same period] in 2014 and substantially equal to that of 2015,” he wrote.

“It is a challenging endeavour for our country, which continues to save lives at sea, but the numbers are lower than those which have provoked international alarm.”