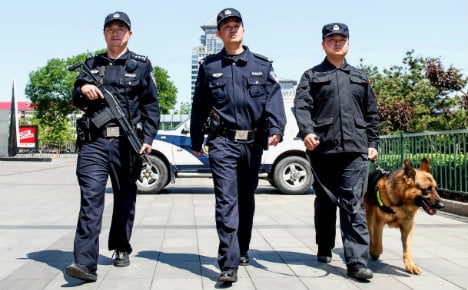 Chinese officers will patrol the streets of Milan and Rome. Photo: AFP

Italian law enforcers hope that by forming stronger ties with Chinese communities they can encourage residents to break the wall of silence surrounding Asian crime syndicates in Italy, Corriere reported.

Organized crime groups from the Far East are active across the country and are thought to be responsible for the contraband of counterfeit goods, drug trafficking and extortion.

In a bid to curtail their influence, from May 3rd two officers from Beijing will be dispatched to Rome and Milan to help patrol areas with a high density of Chinese nationals.

In Rome, the Chinese officers will patrol the areas around Termini train station, Piazza Vittorio Emanuele and Santa Maria Maggiore. In Milan they will cover the city's Chinatown, located around Via Paolo Sarpi.

When contacted by The Local, the Italian police were unavailable for comment.

Milan and Rome are the Italian cities with the highest number of Chinese residents, home to an estimated 28,360 and 16,099, respectively.

Across the country, there are some 266,000 Chinese nationals, but the level of social integration between Chinese and Italian communities is often low – even among second-generation immigrants.

The experimental phase will run for just two weeks, but if successful sources say the scheme could be expanded.