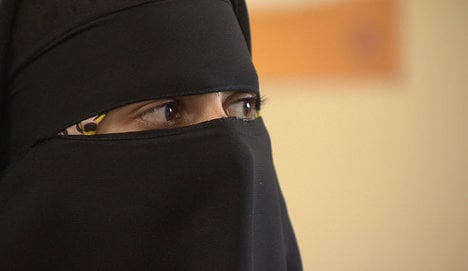 A niqab-wearing tourist was prevented from entering a museum in Padua. Photo: Fixers/Flicker

The Saudi Arabian tourist, who is holidaying with her husband in Italy's north-eastern region of Veneto, was stopped by security guards as she tried to enter Padua's Musei Eremitani complex, Corriere del Veneto reported.

As the woman tried to enter the museum, security staff asked her to remove the veil covering her face so that she could be identified before going inside.

The Musei Eremitani, located in the cloisters of a former convent, houses the city's archaeological museum and medieval art gallery, as well as provides access to the Scrovegni chapel – the walls of which are daubed with world-famous Giotto frescoes.

When she refused the request and demanded to know why she was not being permitted access to the museum, staff called the police, who eventually convinced the woman to show her face so they could check her identity.

After she was identified, the woman and her husband were granted access to the museums, but they chose not to enter.

Although Italian law does not forbid the wearing of the burka or niqab, since 1975 it has been forbidden to walk around public spaces with your face covered – for example, by a scarf or motorbike helmet 'without a valid reason'.

In a controversial move last December, Veneto's neighbouring province of Lombardy amended these laws making it illegal to walk around in public wearing the either the niqab or burka.

“Given the current situation in Europe and [Thursday's terrorism] arrests, what do you think about this?” he asked – sharing the story with the hashtags #SafePadua and #RespectForTheLaw.

In January last year, Bitonci hit headlines over his anti-Islamic rhetoric when he promised there would be no new mosques built in Padua in the wake of the Charlie Hebdo attacks. He has also encouraged his council to ensure crucifixes are hung on the walls of all public offices.