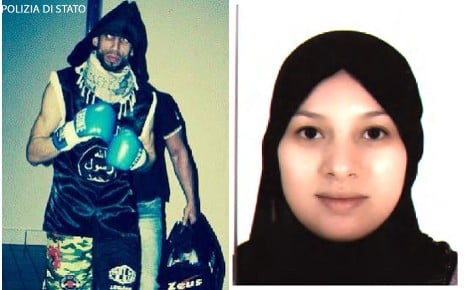 Abderrahim Moutaharrik, a 28-year-old kickboxing champion who along with his wife, Salma Bencharki, was arrested in the Lombardy province of Lecco, on Thursday, said he was planning to go to the war-torn country to help children there, La Repubblica reported.

“I saw images of children being tortured and I wanted to go to Syria to help the people and not to enrol with Isis,” Moutaharrik, a Moroccan national who has lived in Italy for 16 years, told magistrate Manuela Cannavale during questioning at Milan's San Vittore prison.

The couple were allegedly planning to flee Italy for Syria with their two children, age two and four. Moutaharrik’s 26-year-old wife gave magistrates the same story.

Moutaharrik also denied that he was planning an attack in Italy, on Isis orders, with the targets being the Vatican and Israeli embassy in Rome.

The lawyer for the pair, Francesco Pesce, told reporters as he left the prison: “They told magistrates that they grew up in Italy and would never want to seriously hurt anyone.”

The pair were arrested as part of an investigation between the anti-terror squad, Digos, and Ros, or Special Operations Group, an organization which fights organized crime.

Police released pictures Moutaharrik, in his kickboxing kit, wearing a keffiyeh and black shirt styled on the Isis flag.

Arrest warrants were also issued on Thursday for a 39-year-old Italian woman, Alice Brignoli, who changed her name to Aisha, and her husband Mohamed Korachi. The couple allegedly left Italy last year to join Isis in Syria.

Meanwhile Koraich's sister, Wafa, was arrested in the Piedmont town of Baveno, while Abderrahmane Khachia, a 23-year-old Moroccan was arrested in Varese, Lombardy. Khachia is the brother of a jihadist who died in Syria, police said.