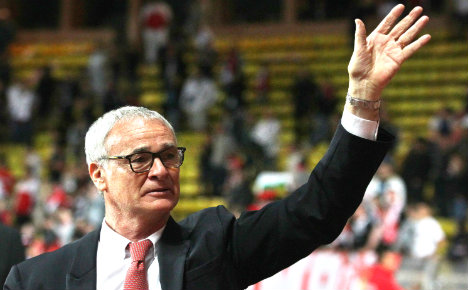 This was in no small part thanks to the input of their charismatic Italian manager, 54-year-old Claudio Ranieri.

Following the victory, newspapers across the world have lavished praise on Ranieri, who when he took on the role of managing Leicester last summer, was considered to be “past it”.

Italian papers have proclaimed him 'King Claudio', while TuttoSport lauded him as 'the King of England.'

Prime Minister Matteo Renzi even chipped in, boasting that an Italian had been responsible for the greatest ever story in English football.

But who is Claudio Ranieri? And what's all the fuss about?

Do we have to? I hate football…

Whether you like football or not, everybody can appreciate the fairy-tale nature of Leicester's triumph.

In the entire history of the Premier League era, the trophy has only been won by five different teams, whose rise to success has been precluded by monstrous injections of cash by billionaire investors.

Ranieri's Leicester was assembled for €68.8 million, which in football terms is not a lot.

Last year's champions, Manchester City, have spent an eye-watering €530.6 million on their squad, but were still beaten to this year's title by Leicester, a team which survived relegation to the second division last year by the skin of their teeth.

This season, when Ranieri took the helm of the struggling club, nobody thought he could ever help the team win the league, with bookmakers pitching Leicester at 5,000-1 for the title back in September.

Is that why I've never heard Leicester?

Probably, yes – but don't worry about it. They might be English champions, but the majority of Italians still struggle to pronounce the team's name – as the video below shows.

So who is this Ranieri guy?

Originally from Rome, Ranieri has spent his life in the game of football. First as a player between 1973 and 1986, and as a manager ever since.

He has managed some of the biggest clubs in European football, including Chelsea, Juventus and Valencia with varying degrees of success.

Although he won Italy's domestic trophy, the Coppa Italia, while managing Fiorentina, he had never won a top-flight league championship until Monday.

He had, however, finished second in the Premier League, once in Ligue 1 and twice in the Serie A over the course of his 30-year management career. But when he took over Leicester last year, most people felt he was the wrong choice.

Why would they think that?

At 64, many people thought he was past it.

Before taking over The Foxes (that's Leicester City's nickname), Ranieri had just been fired by the Greek national team after leading the side to an embarrassing defeat against The Faroe Islands, a team considered to be one of the worst in international football.

As a result, he was seen as an uninspired choice by the English media thanks to his poor record, owlish appearance and heavily accented English.

So how did he win the league with rank outsiders?

Firstly, he has used just 23 different players during the entire league campaign: the lowest in the division. Secondly, he has refused to sign 'star' players with big egos, instead opting for low-key team players who have contributed to the dressing room harmony and team spirit.

Thirdly, he has played to his team's strengths by rigidly sticking to one tactic: defending staunchly before destroying opponents on the counter attack.

Finally, his senior presence and refusal to get carried away when the team sat on top of the table at Christmas has kept the pressure off his players and let them focus on their game.

A lovely man, by all accounts.

Yesterday, his team were mathematically champions after rivals Tottenham Hotspur failed to beat Chelsea in a league fixture. But Ranieri almost missed the moment, having flown to Rome during the day to have dinner with his 96-year-old mum for her birthday.

He's also very Italian. He sent his team to make pizza as a training exercise and doesn't mind if they drink the occasional glass of wine.

If you need any more proof that he's a big softie – he was left on the verge of tears last week after fans sent him messages of thanks for turning around the club's fortunes.

So what has Ranieri said about his team's success?

“I never expected this when I arrived. I'm a pragmatic man, I just wanted to win, match-after-match, and help my players to improve week after week,” he said in a statement after the team were confirmed champions.

He has unsurprisingly resorted to talking in terms of food – comparing his team to pizza – when asked about the squad's endless winning streak.

‘It’s the team spirit, and the players enjoying training. They know they can work hard and enjoy. A little bit of luck is important. Luck is the salt, the fans are the tomato – with no tomato there is no pizza.”

Finally, being a family man, he heaped praise on his Italian wife, Rosanna – a furniture dealer from Rome – for putting up with his passion for so long.

“She’s suffered a lot for me. She doesn’t like football. She likes top quality furniture, I like top quality footballers.”

Can he really become the King of England?

Don't be daft. However, The mayor of Leicester promised last week to rename streets in the town after the team and manager if they won the title, so Leicester will soon have a Ranieri Road.