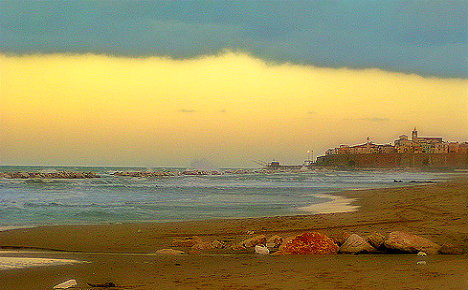 Among Italians from the other 19 regions of Italy, it's fair to say Molise is considered a bit of a joke.

Scores of Facebook groups poke fun at Italy's youngest and second smallest region after alpine Val d'Aosta, such as “Molisn't: I don't believe in the existence of Molise”, which has 66,000 members.

But the low esteem in which the rest of Italy holds the region is no reflection on its fascinating traditions, stunning landscapes and wonderfully rustic gastronomy. In fact, the region – which lies sandwiched between Abruzzo and Puglia on Italy's east coast (don't pretend you knew already) – has been hard done by.

Here are seven reasons it's worth discovering.


An abandoned segment of Rochetta a Volturno. Photo: Luca Teracciano/Flickr

Home to just 315,000, Molise is a great place to visit if you're looking to avoid the crowds.

With a population density of just 72.3 people per square kilometre, the region is almost one third as populous as the rest of Italy.

Since the 1970's, the population of many rural towns has dropped considerably, as young people have left the region for better economic opportunities in Italy's north. This phenomenon has been compounded by further waves of emigration in the aftermath of major earthquakes which hit the region in 1985 and 2012 – and is one of the reasons why it still flies under the tourist radar.

But emigration has left its mountainous landscape studded with highly atmospheric near-ghost towns, such as Rochetta a Volturno, a town of 24 square kilometres, which is home to just over 1,000 people.

In addition to its lack of residents, the region is unknown even to many Italophiles, meaning that the number of national and international tourists who flock to the area each year is very low. Plenty of opportunity to practice your Italian!

At present, Molise is one of just five Italian regions not to boast at least one Unesco World Heritage site – but don't let that fool you.

Like the rest of the country, the area is steeped in history which stretches as far back as the Samnites – a pre-Roman civilization which lived in the area.

The beguiling archaeological remains of Saepinum, a Samnite settlement which was later conquered by the Romans, are as good as anything you're likely to find outside of Rome and Pompeii.

Even better, unlike Rome and Pompeii, Saepinum's ancient shops, forum and bath house can all be enjoyed without getting stuck in a sweaty throng of tourists.

Further insight can be gained on the region's history at Campobasso's Museo Sanitico – which houses scores of noteworthy finds made nearby, including the grizzly remains of a Longobard tomb showing a warrior buried with his horse.


A beach near the resort of Termoli. Photo: Renata Virzinate/Flickr

The southern Adriatic coast is considered to be one of Italy's most beautiful stretches of coastline – and Molise boasts its own 35 kilometre stretch.

The sandy hideaways around the region's picturesque coastal town of Termoli are as good as those offered by other Italian regions, but are much less of a tourist trap.

While visitors to Italy's packed-out beaches struggle to find enough space to unfurl their towel during peak season, visitors to Molise's coastline have much more space and privacy.

A whopping 55 percent of the region is covered by rugged mountains – the largest of which is the 8,202 ft giant, Monte Miletto. The mountains are great for hikers, and there are no shortage of trails for them either.

Avid walkers can follow the plethora of ancient shepherds' paths, known as tratturi, which criss-cross the region. The tratturi were once used by migrating pastoralists making their biannual journey between the mountains of Abruzzo to the north and the plains of Puglia to the south.

Return to a pre-smartphone world The rugged terrain and isolated villages are a boon for anyone looking to disconnect – as many of them are known for their terrible mobile phone coverage.

In the town of Civitacampomarano, near the region's capital of Campobasso, the coverage is so bad that the town's 400 residents can't get online using their mobile devices.

Visitors to semi-deserted town's across the region can easily 'blackout' for a couple of days in places where conversation is a form of art, not an emoticon.

While every region in Italy has its own traditional gastronomy, some regions' foods hog all the attention.

Rome's pasta alla carbonara and Sicilian arancini/e can be found cluttering up restaurant menus across Italy but you'll struggle to find traditional fare from Molise anywhere else in the country. All the more reason to head to the forgotten region and try out its local eateries.

Molise boasts some of Italy's most obscure wines, such as Biferno and Pientro di Iserna, which have red, white and rosé varieties.

It's easy and cheap to get there

In spite of the 63,000 non-believers, Molise does exist and its second city of Isernia can be reached in two hours by train from Rome and Naples, for less than €25 return.

So, forget the tourist hubs and go so soon – at least before someone asks you if you can name all 20 of Italy's regions.