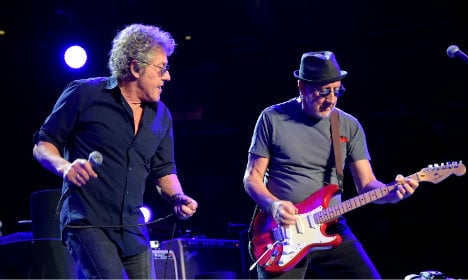 The Who have announced two concerts in Italy this summer. Photo: Theo Wargo/AFP/Getty Images

The band will play a concert on September 17th at Bologna's Unipol Arena, which they will follow up with a gig at Milan's Mediolanum Forum on September 19th.

Tickets go on sale from 10.00am on Friday, May 6th, and can be bought online through ticketone.it and livenation.it.

The two Italian dates have been announced as part of the group's '50 hits' tour, organized to celebrate the band's breakthrough year in 1966.

The group spent much of that year touring Europe following the release of 'My Generation' in December 1965.

As part of the tour, the band has also announced dates in France, Spain, Austria Germany and the UK.