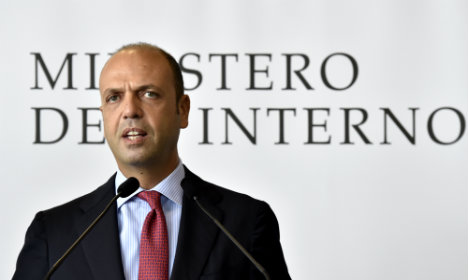 The man, a Slovenian national, is accused of “initiating a process of radicalization and recruitment of aspiring jihadists on Italian territory”, Italy's Interior Minister Angelino Alfano said.

The arrest was carried out by Italian police, working closely with authorities in Slovenia.

A warrant for his arrest was issued by magistrates in Venice.

“Once again we have confirmed that our system of prevention is working well,” La Repubblica reported Alfano as saying.

The arrests come after four people were arrested in Lombardy, and warrants for two others were issued, in late April.

One of the suspects had allegedly received orders from Isis extremists to carry out attacks in Rome.

In 2015, Italy arrested 259 people on terrorism charges, 67 of which were expelled from the country.